Home » Games » 10 million people have streamed games on Xbox Cloud Gaming – but what does this mean?
Games

10 million people have streamed games on Xbox Cloud Gaming – but what does this mean? 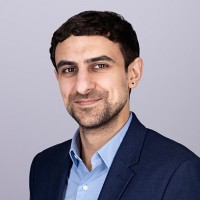 During its 3Q earnings call on 26 April, Microsoft CEO Satya Nadella stated that more than 10 million people have streamed games over Xbox Cloud Gaming to date. Xbox Cloud Gaming (formerly known as Project xCloud) was initially released in beta testing back in November 2019. In September 2020, it was made available as part of the $15 per month Xbox Game Pass Ultimate subscription tier. Having initially launched only on Android devices, it was then rolled out to iOS, PC, and Xbox consoles – it’s expected to be launched on smart TVs soon. As of the start of 2022, there were 25 million Game Pass subscribers according to Microsoft – Omdia estimates that 16 million of those are Ultimate tier.

Based on the wording of the statement “more than 10 million people have streamed games to date” alone, it’s unclear from what point Microsoft started counting and how much playtime constitutes as having “streamed games”. We think that it’s safe to assume that the ‘10 million’ was derived from a very generous criteria set by Microsoft, so it probably includes all users who accessed the Xbox game streaming feature at least once from 2019 onwards. Although this significant figure suggests clear interest in cloud gaming from Xbox fans, it tells us very little about the current usage levels of games streaming.

Nevertheless, Microsoft remains the leading force in cloud gaming, as no other company has matched Microsoft’s combination of cloud infrastructure, gaming content, and scale. It’s also important to note how Microsoft currently positions cloud gaming. It’s by no means the primary reason for why people subscribe to Xbox Game Pass Ultimate – it’s very much a complementary feature enabling subscribers to instantly try Game Pass games or play them out of home. In the near term, this will continue to be the prevailing strategy, but we believe the long-term view is to sell cloud gaming as a standalone offering to people who don’t already own an Xbox or a PC – especially in markets where penetration of these devices is low.

“Gaming is fundamentally aligned with our mission as a company,” stated Satya Nadella in 2021. Microsoft has big ambitions, but its gaming revenue growth remains modest. Omdia believes that Microsoft’s leadership views gaming as an opportunity to grow other parts of its business—namely its server and cloud segment.

Looking at the latest 3Q22 earnings, Microsoft Cloud revenue was $23.4 billion (up 32%), while its gaming arm brought in $3.7 billion (up 6%). Cloud services is Microsoft’s largest and fastest-growing segment, and Microsoft views gaming as an opportunity to further grow this.

Microsoft’s huge investment in cloud gaming is accelerating the whole industry’s acceptance and adoption of cloud gaming. As more publishers, game makers, and device manufacturers make moves in this space, Microsoft will be well positioned to offer solutions across the whole value chain to aspiring cloud gaming providers.

Beverages that Increase Inflammation in the Body- HealthifyMe

Jupiter And Venus Are On A Conjunction Course For A Rare Night Sky Delight, See It Here