Home » Books » 15 of the Best Books on Roman History
Books

15 of the Best Books on Roman History

If historical eras were pet choices, ancient Rome would probably be a dog; nearly everyone likes it, some people are really into it, and it’s one of the first go-to examples whenever people talk about the subject. Ancient Rome has loomed large in factual and fictional writing pretty much since the era ended – indeed, some of the most influential and best books on Roman history were written while it was still happening – and the Roman world has provided the setting for everything from films and TV series to comics (vive l’Asterix!)

With the wealth of information out there on Roman history, it’s sometimes difficult to know where to begin as a new reader and researcher in the field. The Roman Empire lasted for over a millennium and spanned a huge chunk of the world; there are hundreds of different sub-fields to study, and thousands of important events and figures that had an impact on this crucial period in human history. Whether a reader wants to learn about the early days of Rome, when it was a small town in Italy instead of the massive global force it would become, or look into the final years of the Roman era as it became the Byzantine Empire, there is plenty for budding historians to grapple with. These books are just a few of the great entry points into the field of ancient Roman history.

While there are many interesting texts for scholars of ancient Rome to read and study, the field of Roman history is dominated by white authors, and there are few texts by authors of colour available. This is part of a wider issue with a general underrepresentation of historians of colour, both in academia and in historical publishing. However, new media is an area where historians of colour have been able to share their research and perspectives, and there are several excellent podcasts out there focusing on Black history and history from the perspectives of other people of colour, such as Witness Black History, The Black History Buff Podcast, Historically Black, and Asian American History 101. 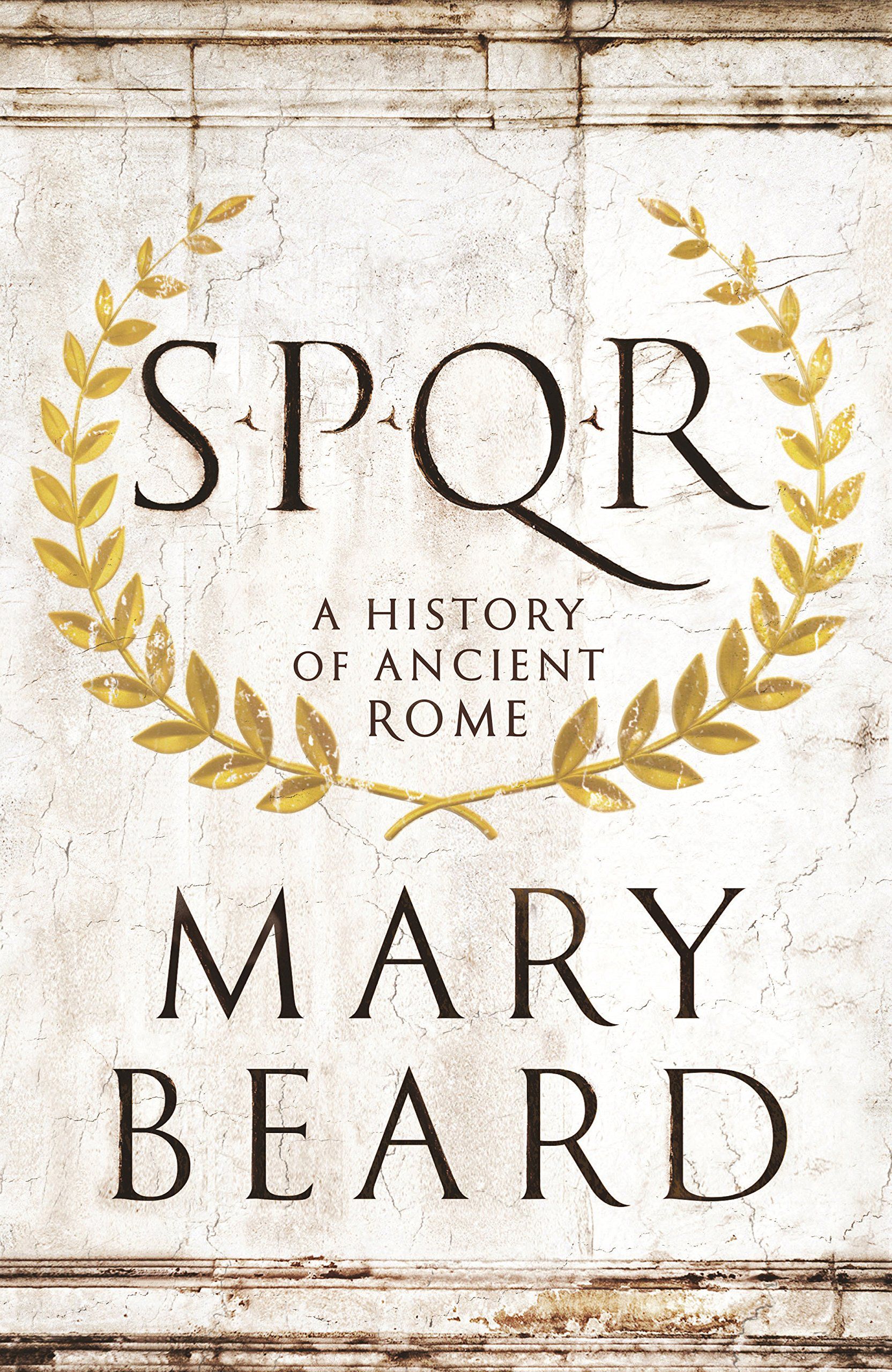 SPQR: A History of Ancient Rome by Mary Beard

Leading classicist Mary Beard presents a comprehensive overview of Roman history in SPQR. This book looks at the rise and fall of Rome, from its beginnings as a tiny town to the height of the Roman empire, and also goes into depth about Roman society and beliefs. 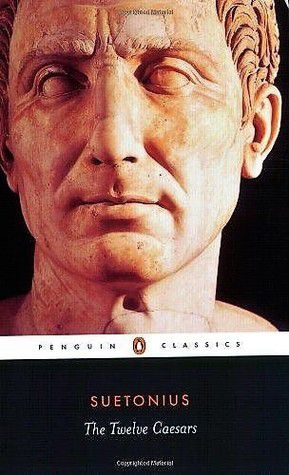 The Twelve Caesars by Suetonius

A contemporary text, The Twelve Caesars was written by the personal secretary of the Emperor Hadrian. The Twelve Caesars is a biography of 12 earlier Emperors, and is a fascinating read for what Suetonius decides to emphasise and what he chooses to omit – readers will be able to pick up on the politics of Hadrian’s era by noting Suetonius’ biases. 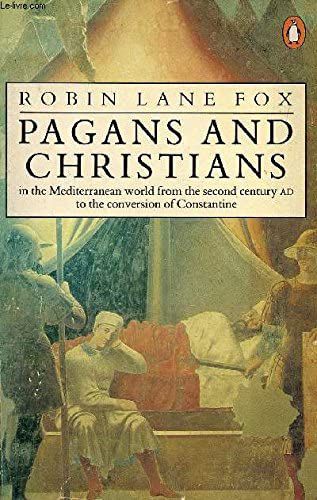 The rise of Christianity was one of the most significant and far-reaching historical events in ancient Rome, and Pagans and Christians is a well-researched and detailed overview of the massive changes that occurred at this time. Tracing the shift from Christianity’s origins as a small sect and its rise to become the official religion of the Roman Empire, this long but thorough text covers the historical details and the impact that has lasted to the present day. 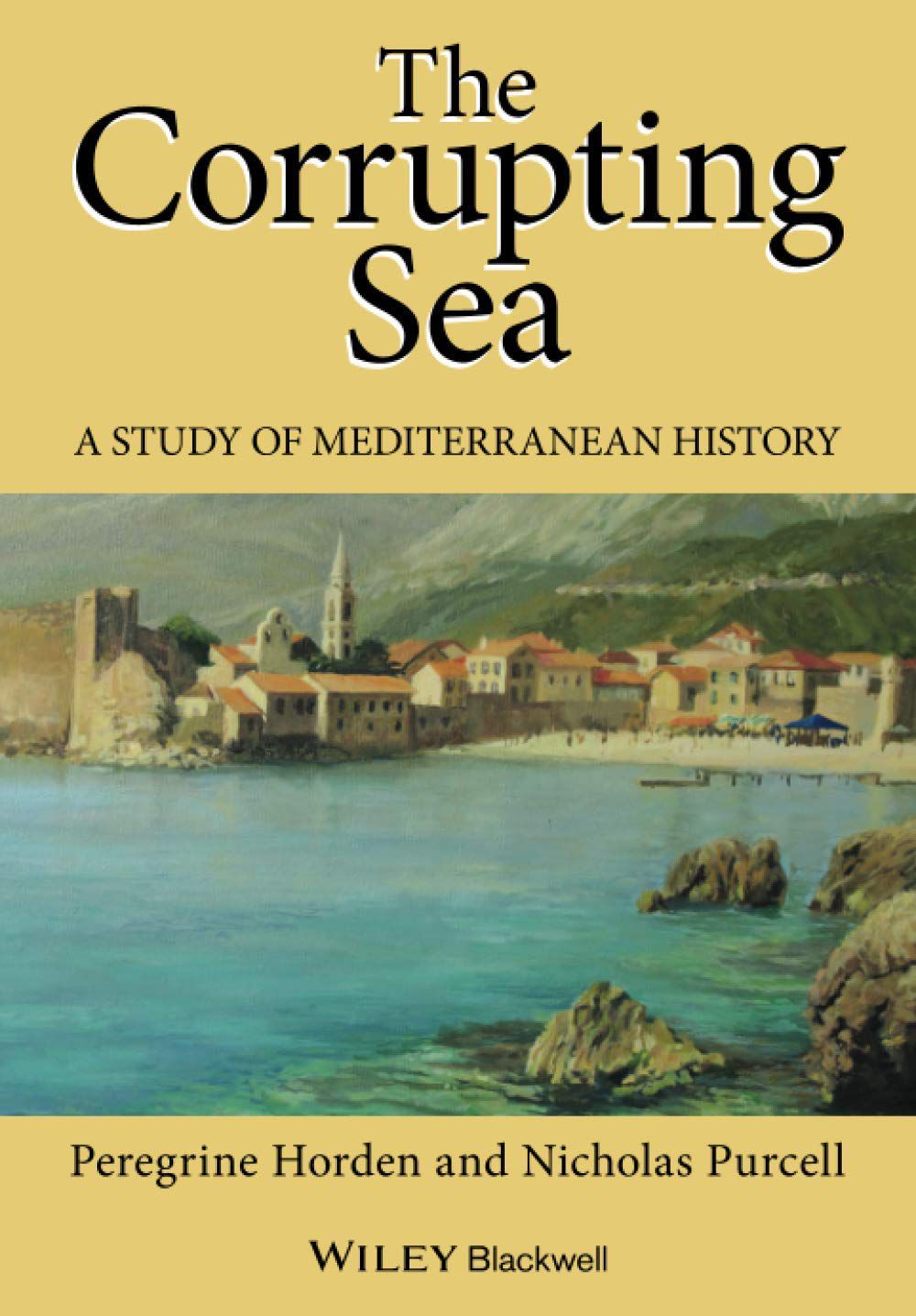 The Corrupting Sea by Peregrine Horden and Nicholas Purcell

Focusing closely on the Mediterranean, The Corrupting Sea looks at the relationship between pre-industrial societies, particularly Rome, and the landscape in which these societies existed. Taking an ecological and geographical angle on a fascinating area of history, The Corrupting Sea gives a new perspective on the Roman era. 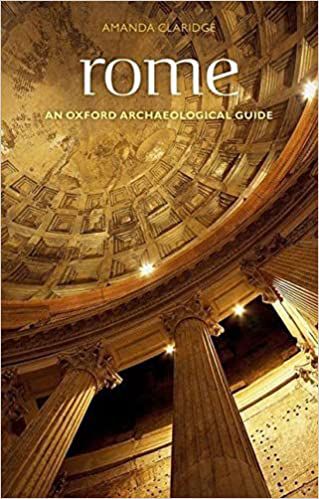 Readers who want to visit modern Rome to explore the artifacts of the ancient city need to dip into Rome: An Archaeological Guide. Claridge’s book gives a detailed overview of the surviving Roman buildings, providing historical context and information that will be indispensable to curious visitors. 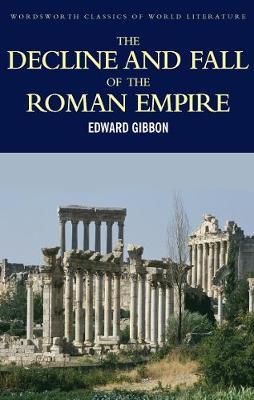 One of the most famous works on ancient Roman history, The History of the Decline and Fall of the Roman Empire was first published in the 1700s, but is still used by classicists and scholars today. Looking at the Byzantine Empire as well as ancient Rome, this multi-volume text is a fascinating resource for anyone interested in a deep dive into this area of history. 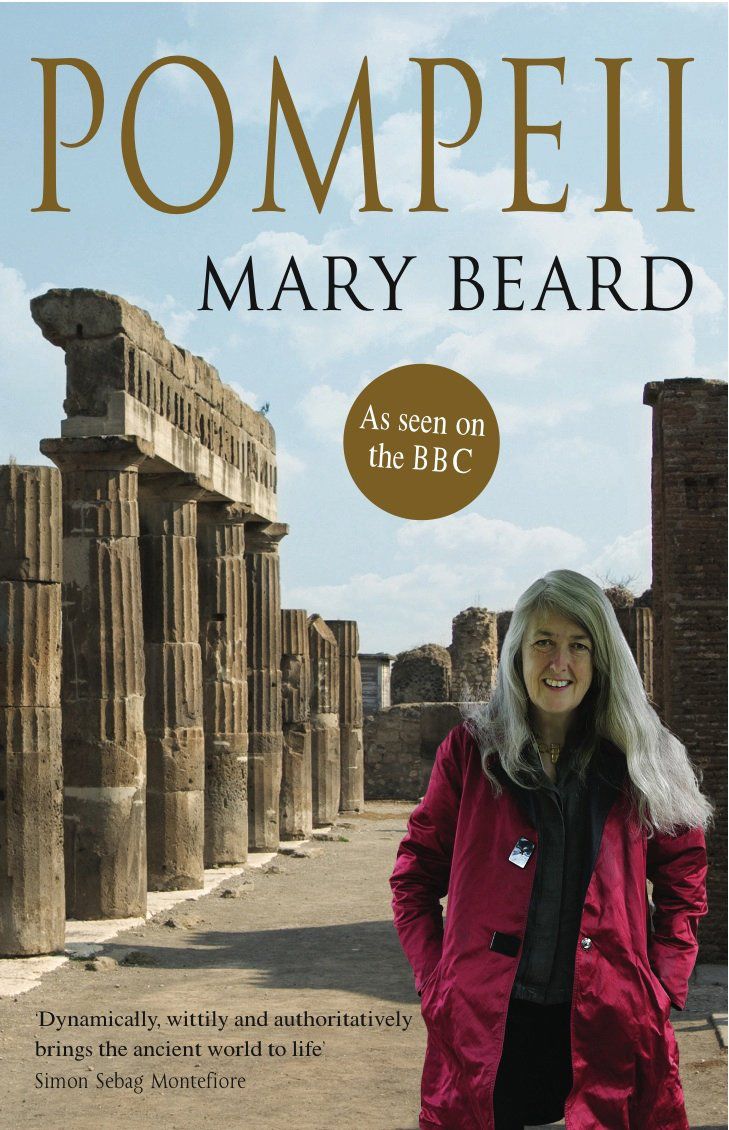 One of the most famous events in Roman history, the eruption of Vesuvius and the destruction of Pompeii has captured the imagination of scholars and fiction writers alike. In this book, Mary Beard takes a detailed look at life in the town leading up to the volcanic disaster that destroyed it, and debunks many myths that have grown up around this much-studied event. 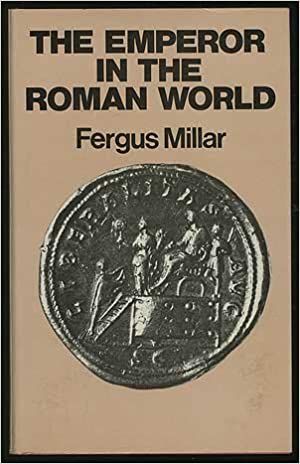 The Emperor in the Roman World by Fergus Millar

The figure of the Roman Emperor is one that has loomed large in history, thanks to the legacies of larger-than-life characters like Julius Caesar, Nero, and Caligula. In The Emperor in the Roman World, Fergus Millar takes a critical look at exactly what the role of the emperor entailed, looking at everything from the emperor’s relationship to the economy to the personal retinue that the emperor required. 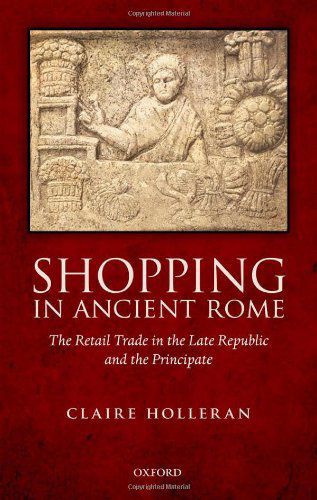 Shopping in Ancient Rome: The Retail Trade in the Late Republic and the Principate by Claire Holleran

Many historical texts focus on wars, plagues, and the rise and fall of nobles, but social and economic history is just as crucial to understanding an era. Claire Holleran looks at trade and commerce in ancient Rome, and how market forces and the spending habits of Roman consumers influenced history. 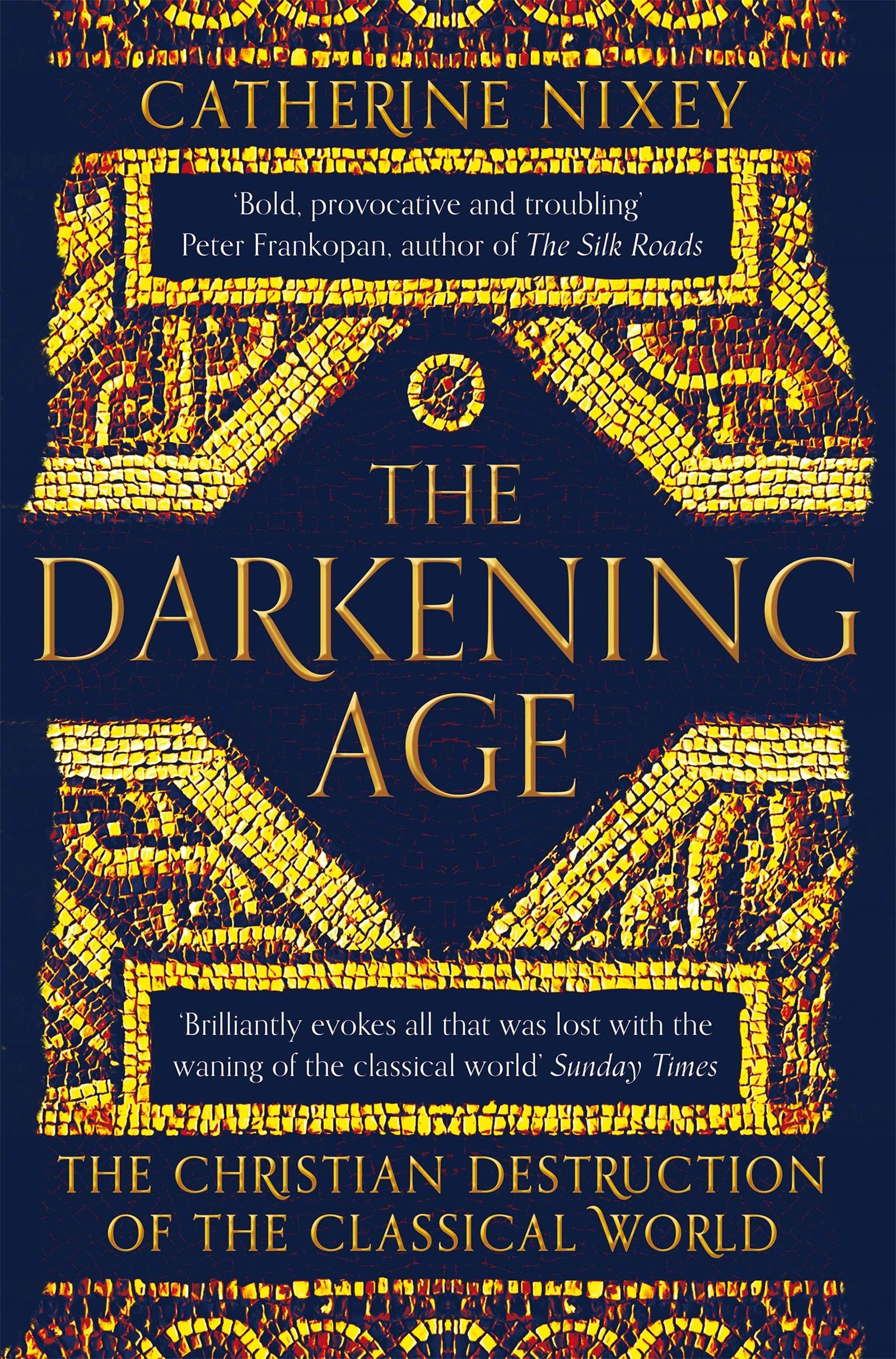 The Darkening Age: The Christian Destruction of the Classical World by Catherine Nixey

Another look at the role of Christianity in ancient Rome, The Darkening Age considers how the rapid rise of this new faith led to the dismantling of the knowledge and beliefs of the old pagan world. Nixey’s controversial work has had mixed reviews, but is a useful read for anyone interested in the religious politics of ancient Rome. 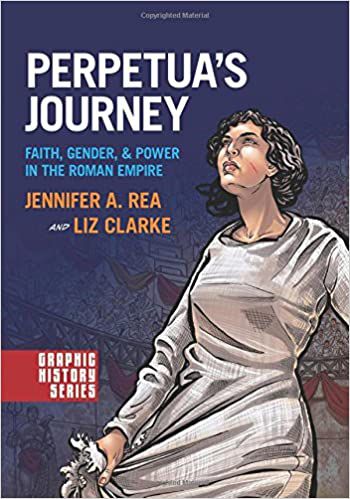 Perpetua’s Journey: Faith, Gender and Power in the Roman Empire by Jennifer A. Rea and Liz Clarke

For history buffs who also love comics and art, Perpetua’s Journey is a brilliant read. A graphic interpretation of The Passion of St Perpetua, the diary of an early Christian Roman woman who was martyred because of her public proclamation of her faith, Perpetua’s Journey brings this event alive with illustrations and focuses on the social context of Perpetua’s actions. 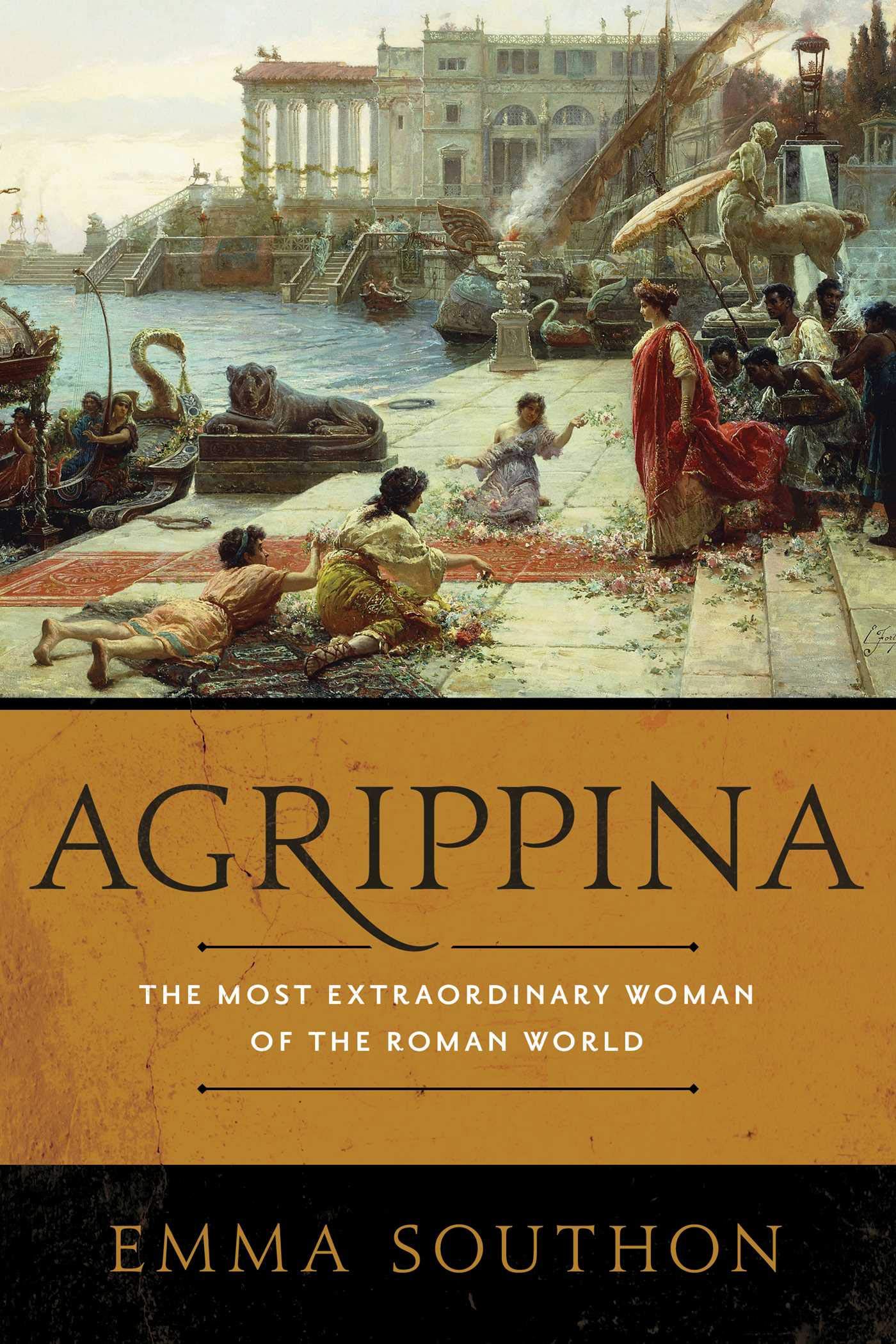 Agrippina: The Most Extraordinary Woman of the Roman World by Emma Southon

While ancient Rome was a deeply patriarchal society, there were many powerful women who impacted the world at the time, one of the most famous being Agrippina. Closely connected to three Emperor’s – she was Caligula’s sister, Claudius’ wife, and Nero’s mother – Agrippina used her proximity to the imperial throne to develop and exert her own power, and proved that she was just as ruthless as the men around her. 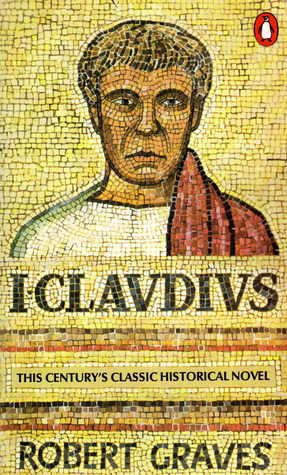 I, Claudius by Robert Graves

Another classic book about Roman history, I. Claudius was written by World War I poet Robert Graves. Despite being a novel, the book is a useful historical resource, drawing on nonfiction texts to explore several crucial points in the history of the Julio-Claudian dynasty. Written from the perspective of the titular Claudius, Graves explores this emperor’s early life and his relationships with his famous family members, including Caesar Augustus and Caligula. 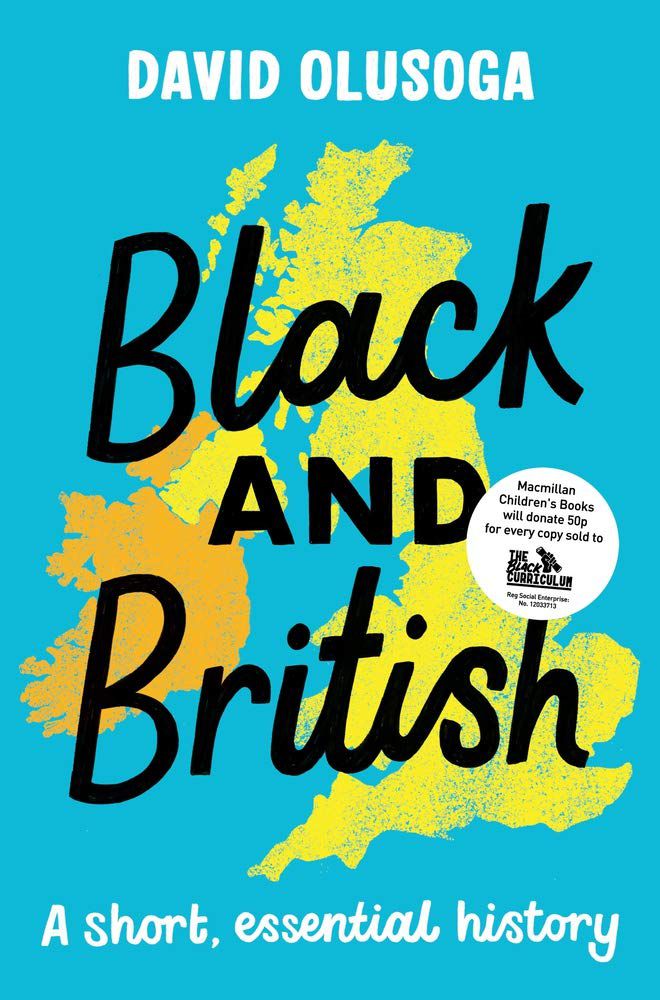 Black and British: A short, essential history by David Olusoga

Olusoga’s text is not specifically about ancient Roman history; instead, it is an overview of the history of Black people in Britain. However, the section on Britain’s Roman history, and the Black Romans who made their homes in what would become the UK, is crucial to understanding that Black British history did not begin with Windrush. 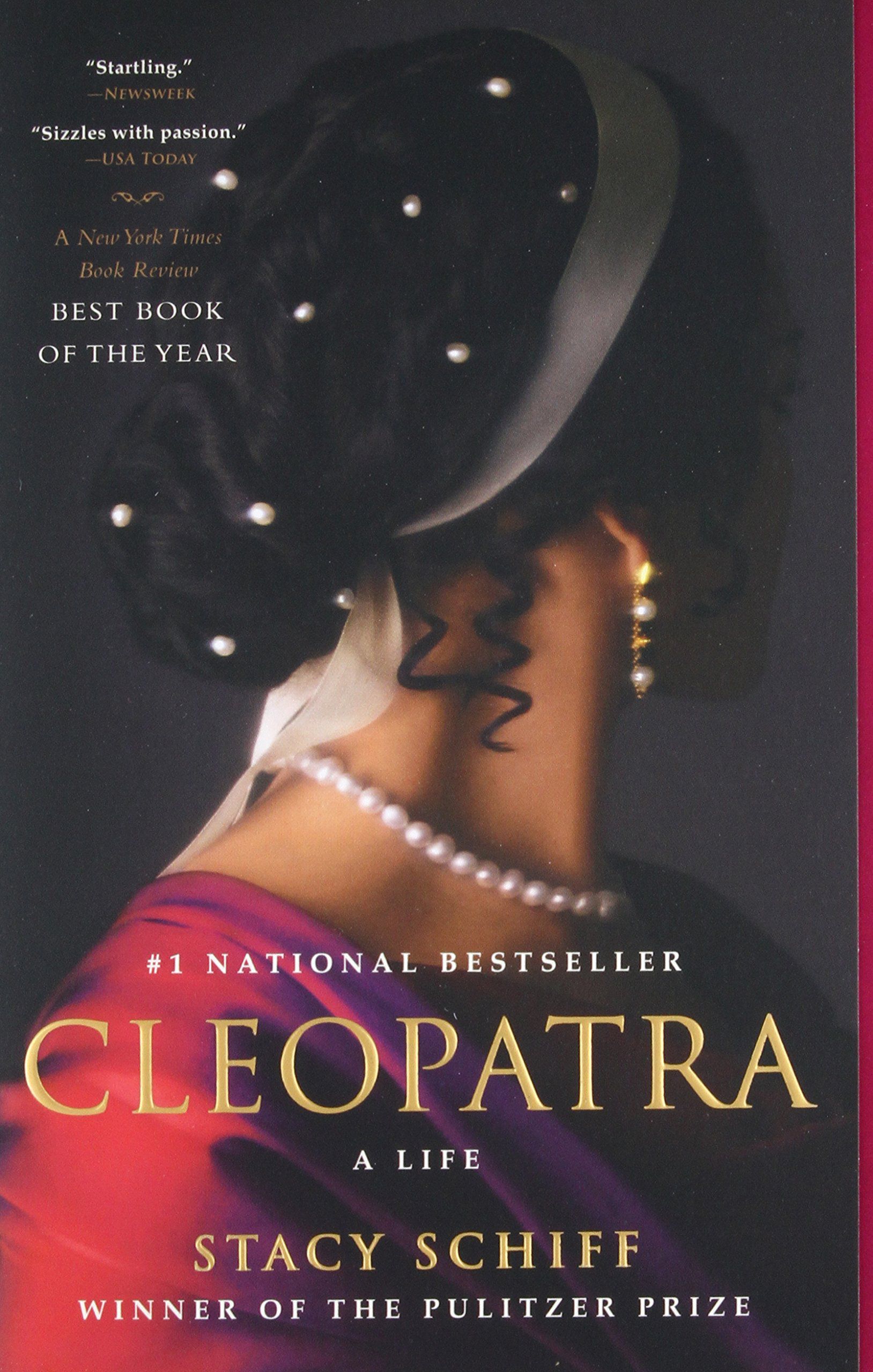 Cleopatra: A Life by Stacy Schiff

Another biography of a famous woman whose life and actions had a massive impact on Roman history, Cleopatra: A Life is a biography of Egypt’s most famous queen. In this well-researched book, Schiff dispels the many myths around Cleopatra, and examines her life, her political decisions, and the effect this fascinating woman had on the Roman world.

If you want to dive deeper into the history of the ancient world, try 100 Must-Read Books about Ancient History. If you want to theme your reading around a significant day in Roman history, check out 6 Books About Rome for the Ides of March.