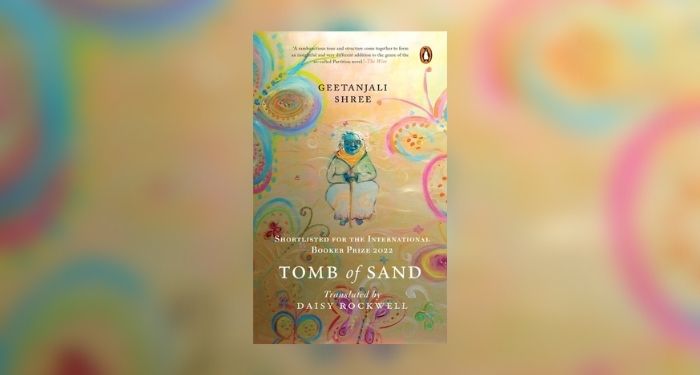 Honoring the finest works of translated fiction from around the world, the International Booker Prize has announced its 2022 winner, Tomb of Sand by Geetanjali Shree and translated from Hindi by Daisy Rockwell. BBC presenter Nikki Bedi hosted the multi-platform ceremony which included remarks from the judges, authors and translators, and beautifully performed readings from all of the titles on the shortlist.

Tomb of Sand is the first book originally written in any Indian language to win the award and the first novel translated from Hindi to be recognized in the prize’s history. Set in northern India, the novel follows the path of an 80-year-old-woman who in the wake of her husband’s death and a period of depression decides to reclaim her life and travels to Pakistan to confront the unresolved traumas of her experiences as a teenager during the Partition. It is an urgent and immensely powerful critique of the destructive power of borders and boundaries of all kinds. The novel has also been recognized for its humor and wordplay even with its serious subject matter. In his remarks during the ceremony, chair of the judges Frank Wynne, described the novel as a “joyous cacophony” with Shree’s language “captured in playful poetics” by translator Daisy Rockwell.

Tomb of Sand was published by the independent press, Tilted Axis, the publishing house founded by International Booker Prize-winning translator Deborah Smith. Small presses dominated this year’s longlist and shortlist and this was Tilted Axis’s first time on the list with three titles longlisted⁠ — Tomb of Sand; Love in the Big City by Sang Young Park, translated from Korean by Anton Hur; and Happy Stories, Mostly by Norman Erikson Pasaribu, translated from Indonesian by Tiffany Tsao.

The prize is awarded every year to a single book translated into English and published in the United Kingdom and Ireland. It aims to encourage more publishing and reading of international fiction from all over the world and to promote and recognize the vital work of translators. The £50,000 prize is split between the winning author and translator.

A weekly newsletter focusing on literature by and about people of color!

The winner was selected by a panel of five judges: translator Frank Wynne, author and academic Merve Emre, writer and lawyer Petina Gappah, writer and comedian Viv Groskop, and translator and author Jeremy Tiang. Wynne is the first translator to chair the judges panel.

You can see the complete longlist for even more reading recommendations.

Why Are Darker Women’s Stories Growing in Popularity?

How Does Fiction Capture The Frustrations Of Being A Twentysomething Woman?