3 wounded as grenade lobbed at village outpost in Cagayan 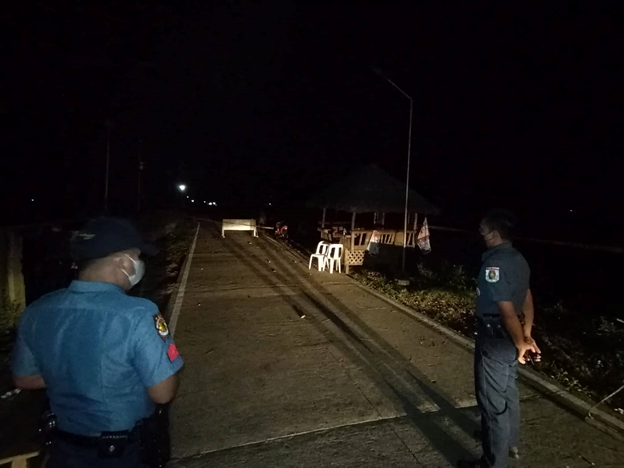 Police inspect the outpost at Barangay Lallayug in Tuao town, Cagayan province, where three people were wounded after armed men on a motorcycle lobbed a hand grenade on Sunday, May 8, evening. (Photo courtesy of PNP-Tuao, Cagayan)

Capt. Isabelita Gano, Cagayan police spokesperson, said village councilor Hermogenes Gannaban and watchmen Honorato Tangaro and Domingo Sanchez were attending to an outpost in front of the barangay hall when one of the armed men arrived, lobbed a grenade, and fled.

The victims suffered shrapnel wounds and brought to the Tuao District Hospital.

An investigation showed that the motorcycle driver was Paolo Doctor of Bagumbayan, also in Tuao, while his backrider, who lobbed the grenade, was still unidentified.