According to the latest news reports, the redesigned 27-inch iMac will be equipped with a conventional LCD panel instead of a Mini LED monitor, which is different from what the previous rumors suggested. However, display analyst Ross Young has reasserted that the new iMac will stick to the original plan of using Mini LEDs. 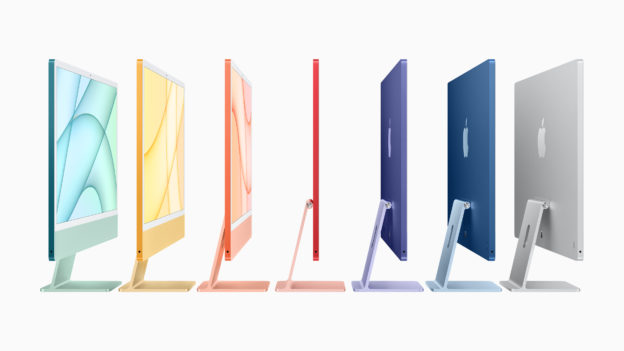 As suggested by the recent reports, despite not using Mini LEDs, Apple will install 30%-40% more chips in the LCD for its iMac model with higher brightness. Like the 24-inch model, various colors will be available for the 27-inch one.

The statement is apparently different from that of Ross Young, as the analyst insists that the upcoming iMac will have a Mini LED monitor engineered with ProMotion. Apple rumor expert @dylandkt wrote on Twitter that the 27-inch model will look similar to its 24-inch counterpart that was announced last year, yet the featured colors will likely be darker.

At first, the iMac was reported to have a larger than 27-inch display, but the rumor was later denied. The new iMac will still be 27 inches in display size with a more state-of-the-art appearance. The upcoming iMac Pro will be powered by the cutting-edge Apple M1 Pro/M1 Max chips, hence the much enhanced performance.

There is also a report that suggested the new iMac Pro will start at around $2,000 and is likely to launch in spring 2022, possibly in March or April as there is usually a spring event then. In short, the iMac series are likely to be the first to be updated this year for Apple. As for the question of which display technology will be used, we’ll have to wait and see.

2022 Lighting Trends That Are Making a Comeback