Remember when Ash in Evil Dead bore a chainsaw on his sawed off hand? And gained iconic cult status in the lexicon of pop cult-ture? How about a dude with a CHAINSAW for a HEAD, and TWO chainsaws coming out both his arms? Welcome to “CHAINSAW MAN”! First, here is the synopsis, before you begin to watch the trailer (*and if you do not know about the original source material, like myself):

“Chainsaw Man follows the story of Denji, an impoverished young man who after making a contract with a dog-like devil named Pochita, he fuses with Denji, granting him the ability to transform parts of his body into chainsaws. Denji eventually joins the Public Safety Devil Hunters, a government agency focused on fighting against devils whenever they become a threat to the world.“. (Wiki)

Don’t worry, I am as effinconfused as you are .. Here’s the trailer released today!

Published between December 2018 to July 2022, it’s chapters have been collected in eleven tankōbon volumes as of March 2021. In North America, the manga is licensed in English by Viz Medi (for both print and digital release), and it is also published by Shueisha on the Manga Plus online platform. 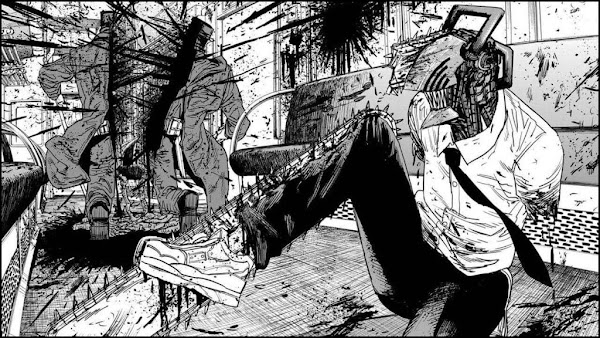 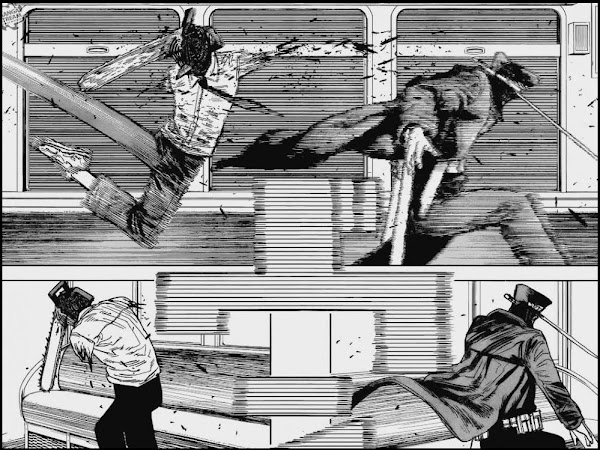 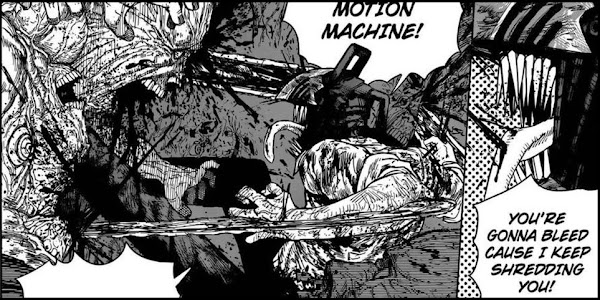 (Above manga panel art via anime-internet.com)
The trailer and PVC showcased here is for the anime television series adaptation produced by MAPPA, with a premiere set in “October 2022” on TV Tokyo and other networks. Wiki further mentioned that “Crunchyroll has licensed the series outside of Asia and will be releasing it along with an English dub. Medialink licensed the series in Asia-Pacific.”

Where the manga is in black-&-white, the anime features all the blood splatter in glorious shades of scarlet LOL

The anime is directed by Ryū Nakayama (director) and Makoto Nakazono (chief episode director), with scripts by Hiroshi Seko, character designs by Kazutaka Sugiyama, and devil designs by Kiyotaka Oshiyama. Tatsuya Yoshihara is serving as action director and Yūsuke Takeda is directing the art. More crew credits are listed on the Wiki-page, as I pick mu jaws off the ground from the gloriousgore and macabremagnificence of B-grade Japanese movies made anime! 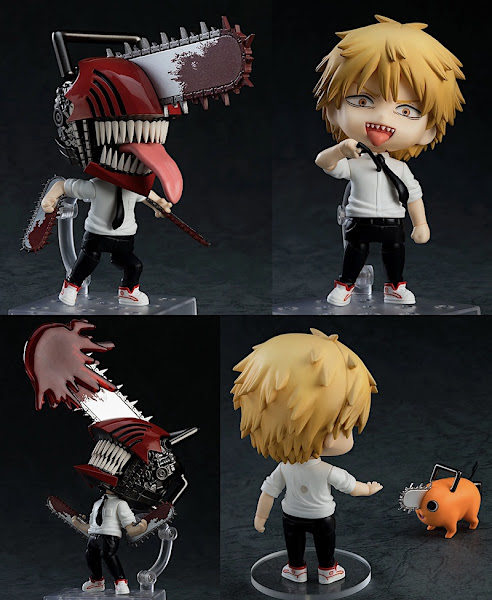 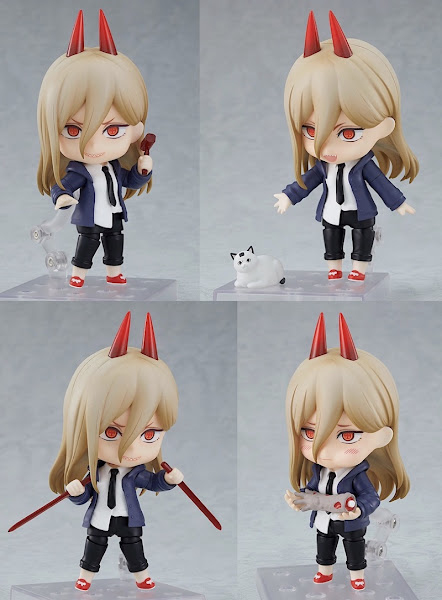 What is also awesome (hey, this is “TOYS R EVIL” after all, innit?), is that Good Smile Company had launched Nendoroid figures based on characters from the series in October 2021, including “Denji”, “Power” and the chainsaw pooch “Pochita”! Gawds but do I adore chibi-interpretations…! 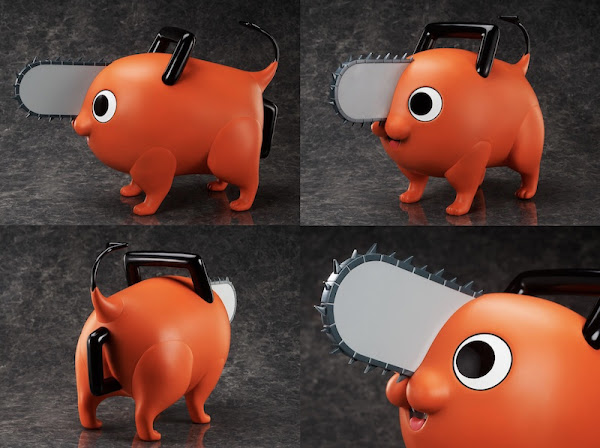 The trailer for #ChainsawMan #anime is here!

Reader Question - The book where SHE was the bully but everyone hated her so she ended up living in a tent...

September 26.2022 Edition of TOP TEN BLOGPOSTS on TOYSREVIL (The Past Week)