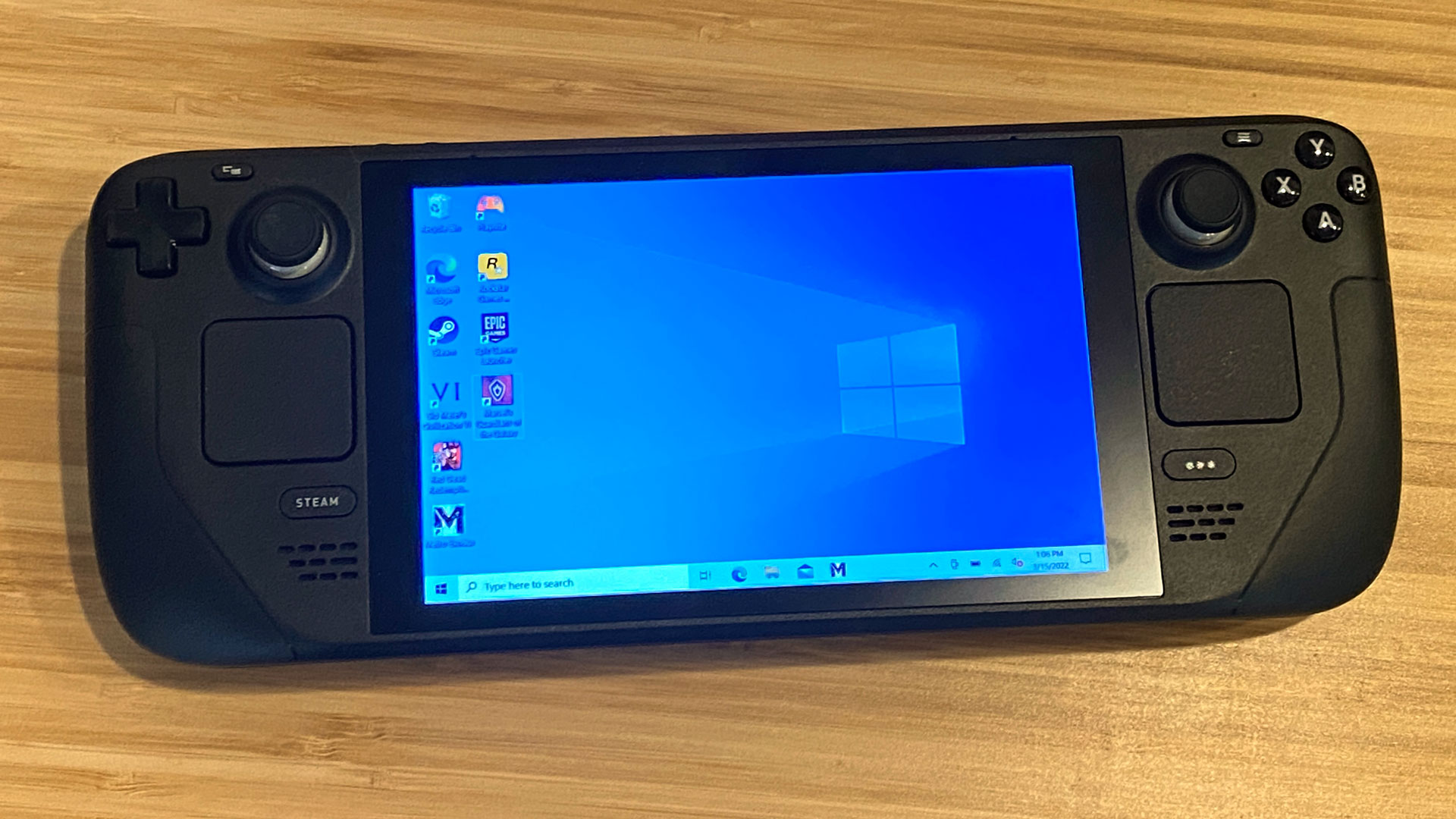 Valve released Windows drivers for the Steam Deck way back in March, but only now does a key feature work: the speakers. Today, Valve has added audio support to its Windows driver package for its handheld, allowing you to use the speakers (previously, you had to use Bluetooth or USB Type-C speakers or headphones, as the headphone jack didn’t work either).

The drivers (there are two of them), should fix these issues. You’ll also need to update Valve and AMD’s APU driver for these to work.

Just because you can install Windows on Steam Deck doesn’t mean you should. In my impressions of Windows 10 on Steam Deck, I found that the experience felt a bit rough around the edges, even with support for the GPU, Wi-Fi and Bluetooth.

I’m of the opinion the work Valve is doing on SteamOS, its Arch Linux-based operating system, is much more friendly to use with a controller. It simply feels more like a fully-baked console experience, and Valve has been squashing bugs and adding features like a lock screen and per-game performance profiles.

And it’s not like Windows has performed incredibly on other handhelds. Windows was also clunky when we ran our review of the Aya Neo Next Pro. That being said, it does open up other game launchers, like the Epic Game Store, as well as Xbox Game Pass and other ways to run non-Steam games.

Another note on Valve’s Steam Deck Windows Resources page seems to suggest we’ll have to wait for what may be the best Windows installation option on Steam Deck: one you can dual-boot.

“While Steam Deck is fully capable of dual-boot, the SteamOS installer that provides a dual-boot wizard isn’t ready yet,” Valve’s page reads. “This will ship alongside SteamOS 3 once it’s complete.” For now, those who do want to get as close as they can could put Windows on a bootable SD card.

That would be the dream: playing most games in SteamOS, but having some space reserved for the titles you can only play elsewhere.

If you install Windows on Steam Deck, you’re effectively on your own; Valve isn’t supplying any support. Previously, Windows 11 couldn’t run, but after an update, Valve added fTPM to support the newer operating system.

Interview with Natalya Anderson, Author of Becoming a Stalker