Elder Scrolls Daggerfall Gloriously Remade In Unity By GOG, Go Get It Free For PC


Bethesda Softworks is a game company that surely needs no introduction. As the developers of the beloved Elder Scrolls games and more recent titles in the Fallout series, they’re known globally for their open-world action-roleplaying hybrids. That’s not a new trend; the company’s second game was The Elder Scrolls: Arena, a technologically-simple but mechanically-deep open-world first-person action role-playing game.

Arena garnered some attention for its hubris, but its ambition outstripped its means. It wasn’t until the sequel, The Elder Scrolls Part II: Daggerfall, that Bethesda would deliver on the promise of Arena. Daggerfall made use of a new in-house fully-3D game engine called the XnGine. Most people don’t think of Bethesda as a company that pushes technological boundaries, but the XnGine was truly state-of-the-art at the time, with support for massive open environments with 3D objects and characters.

Daggerfall was a game designed to run in DOS on 486 PCs with just 16MB of RAM, so it stuck to mostly 2D objects and characters, but the title was a smash hit. Thanks to using procedural generation for terrain, it offered an overworld with an absolutely staggering size of nearly 210,000 square kilometers (~81,000 square miles). The game world contains over 15,000 different locations, including cities, towns, inns, homes, temples, graveyards, and dungeons.

To be sure, most of these places were fundamentally identical, being generated by procedural means as they were. Still, the textures, objects, and layouts changed as you traversed the game’s nine climate regions and 44 different kingdoms. It was immersive in a way that no game before had ever been, and truly mind-blowing back in 1996.

Times change and technology marches on, so the original Daggerfall is hard to play these days. It doesn’t even necessarily work well in DOSBox. Bethesda quietly released both Arena and Daggerfall for free in 2009, but few players got to enjoy the titles in their original DOS form due to the aforementioned difficulty. A project started to port the game from DOS to the Unity game engine in 2014, and while development continues, it’s now well beyond the “feature-complete” stage, meaning you can play the whole game.

Unfortunately, setting up Daggerfall Unity is a bit of a chore. You need the original game files, and you need to place them in specific folders to make it all work properly. Then there’s the configuration stage, and if you want to improve the experience beyond the 1996 original—because this is an Elder Scrolls game, and you definitely want mods and unofficial patches—you’ll need to download user mods by hand and carefully install them.

A side-by-side of stock DFUnity vs. the GOG Cut. (click to enlarge)

Alternatively, you could just go get the Daggerfall Unity – GOG Cut from GOG.com. Released today, this free package bundles up the original Daggerfall game with the Unity port and 40 fan-created mods that add to and enhance the experience of the classic game. Included among the mods are massive texture reworks, hand-painted 3D model replacements, extra quests and items, mechanics refinements, quality-of-life updates, and a bunch of bugfixes.

Longtime fans of Daggerfall should try out the package, as it’s enough of a new experience to make the game worth playing again. Folks who’ve never fooled with this classic PC title might be better served by disabling the mods to have an authentic experience, but then, the mods might also make this janky old game much more palatable to someone raised on the fourth or fifth Elder Scrolls title. Whatever the case, you can configure everything yourself using the in-game menus that let you toggle mods on and off as you please. 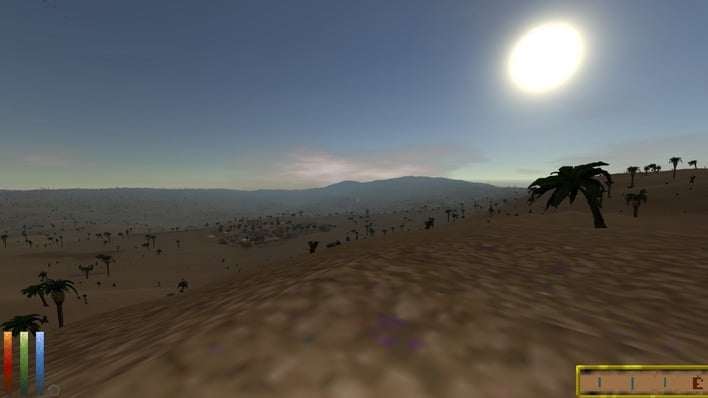 If you’re keen to do some classic-style dungeon delving, head over to GOG to grab the DRM-free game. You’ll need a free account, of course, but who doesn’t have a GOG account in 2022?

The SK Hynix Platinum P41, With Their Own ACNS075 PCIe 4.0 Controller?

Stray, The World’s First Cat Simulator Is Coming Next Month … Unless It Wanders Off Instead