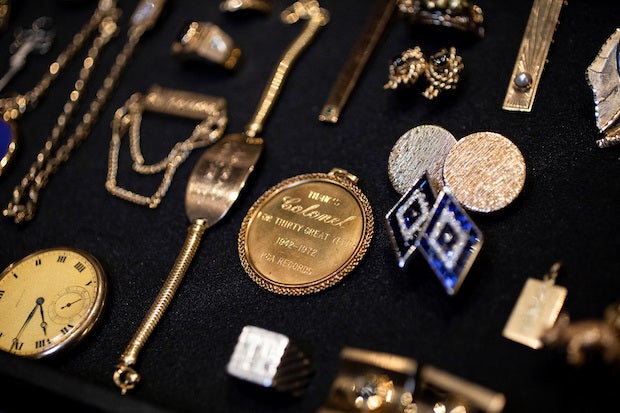 WEST HOLLYWOOD, California — A collection of jewelry that Elvis Presley gave to his manager Colonel Tom Parker is going up for auction on Aug. 27.

Two hundred items, including gold rings encrusted with jewels, cufflinks, watches, and chains, have been brought together by GWS Auctions. Also included is the guitar played by Presley during his famous “comeback” TV special of 1968.

“Well, it brings back memories for sure,” Priscilla Presley told Reuters.