Illustrated YA Books (That Aren’t Comics)

A good comic is a good comic, as much as a good novel is a good novel. But there are far too few books which offer the best of both worlds and this is particularly true in YA. It’s rare to find books that offer both a visual element and a narrative, without being either one or the other. Illustrated YA books are a fun twist on format and form, and they allow for pushing not only style boundaries but genre and narrative boundaries as well. They’re works of art in not only the sense that a book is itself a work of art, but also in the sense that they demand the reader consider both art and prose separately — and in conjunction. Why was the choice made to interweave both, rather than choose a more common format?

It’s a shame there are so few illustrated books that aren’t comics in the world beyond picture books, but they do exist. We live in a world that presents multimedia experiences daily, and illustrated YA books allow readers to experience a story in a fresh, creative way.

Let’s take a look at some outstanding examples of illustrated YA books. Some of these are going to lean into art more heavily than prose and yet still offer a reading experience wholly encapsulating of the teen years and all that adolescence has to bring. These books cross genres and category, inviting fiction and nonfiction readers something to seek out and enjoy. And bonus: for teen readers, most of these are developed in a common trim size, so they don’t look or feel like picture books, a common complaint about YA nonfiction prior to the last decade or so.

Note that this list is a little whiter than it should be. I suspect the work included here published by Reynolds and Acevedo will usher in more creative works blending art and prose in the coming years.

Illustrated YA Books That Aren’t Comics

What’s Up in YA? Newsletter

Sign up for What’s Up In YA? to receive all things young adult literature. 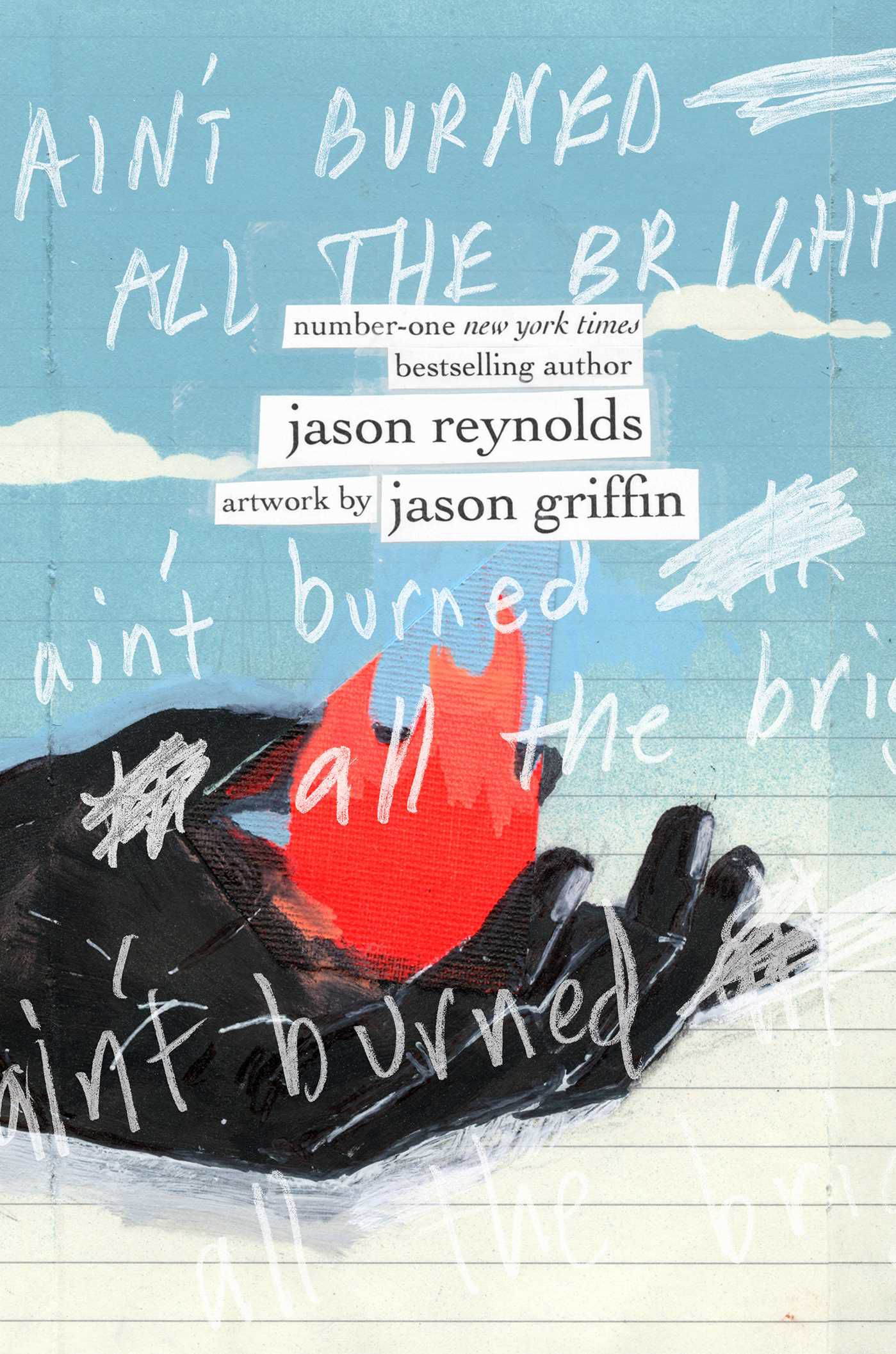 How can a three-sentence poem cover everything in contemporary society from racism to the pandemic to Black Lives Matter to what it is to be a family? The answer might be this powerhouse of a collaboration between two incredible Jasons. Told over the course of nearly 400 pages, this book includes incredible illustrations by Griffin that tell as much of the story as Reynolds’s three short lines. 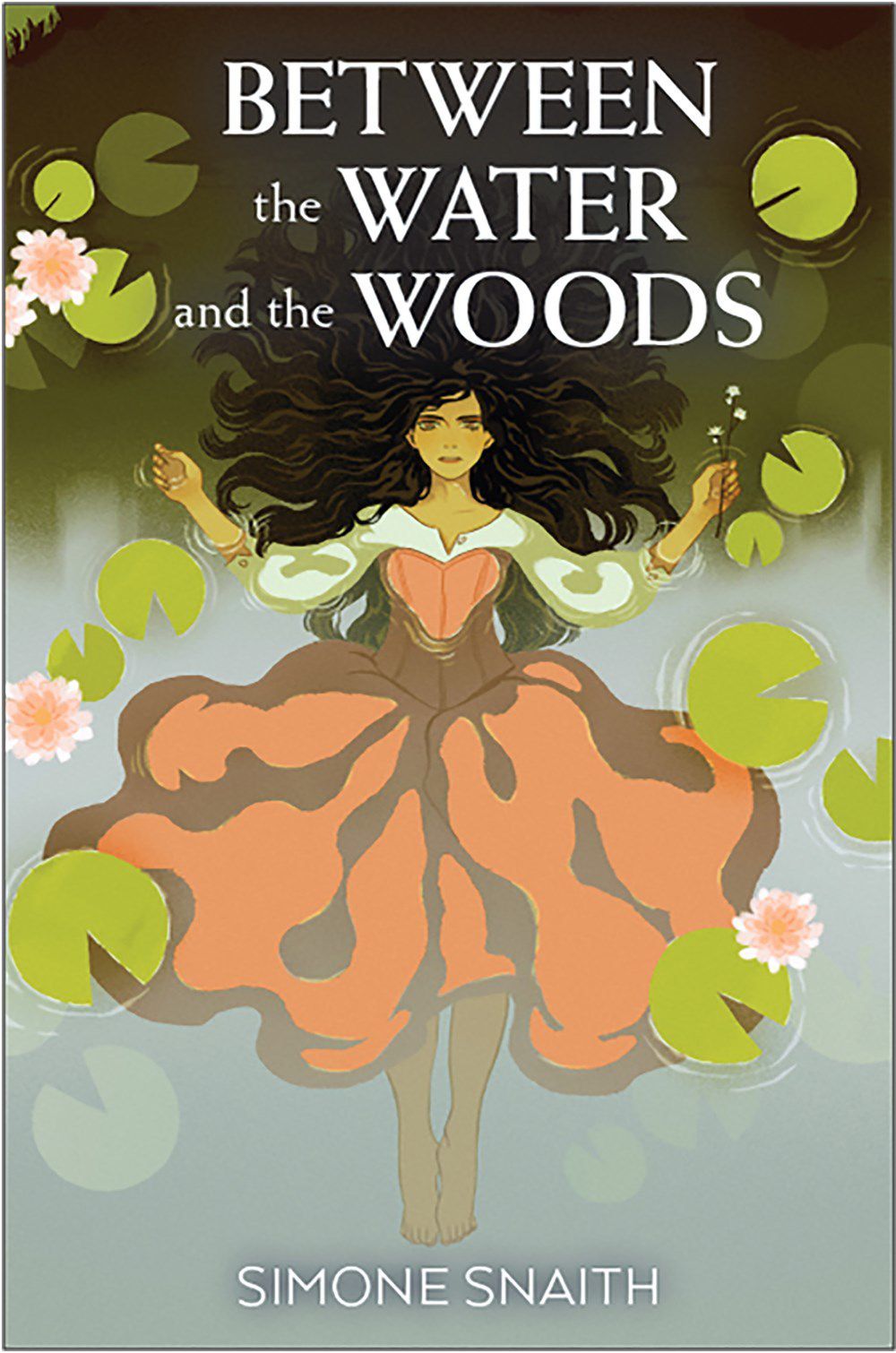 Between the Water and the Woods by Simone Snaith, illustrated by Sara Kipin

After Emmaline’s little brother breaks the three rules of their village — don’t look at shadows, don’t cross the river, and don’t enter the forest — she needs to use her family’s secret magic to rescue him. It won’t be easy, as she has to go to see the village’s King to warn him of the monsters about to rise and that journey to the court will be anything but easy. 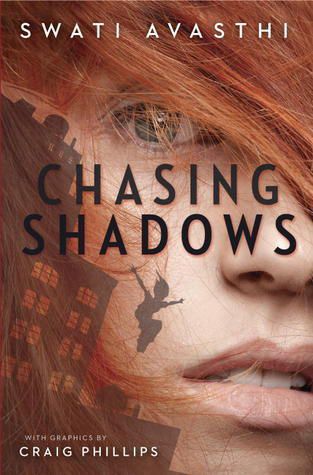 Chasing Shadows by Swati Avasthi and illustrated by Craig Phillips

Corey, Holly, and Savitri are best friends — Corey and Holly, twins, and Corey and Sav dating. The three of them spend their time together as freerunners, using their city as a gym. But when a gunman shoots through the window of Holly and Corey’s car, Sav is the only witness to the crime, but her memory isn’t crystal clear. Corey didn’t survive, and Holly is in a coma with a questionable prognosis.

But she survives, forever changed as a person.

The rest of the story follows Holly and Sav coping with grief in their very different manners. As best friends, they’re there for one another — or at least, that’s what Sav expects. Avasthi’s story is about friendship through incredibly tough, tragic circumstances. This is a fast-paced novel, and the graphic elements help tell the story in a unique manner. 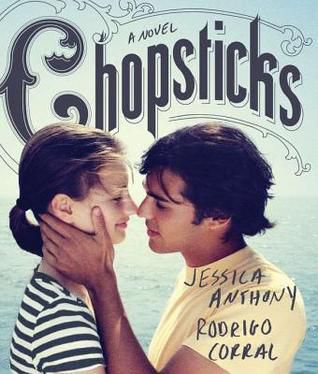 Told through photographs, illustrations, and a handful of words, Chopsticks follows Glory, a piano prodigy, and Frank, the new kid in town, who moves in next door to Glory. They fall madly in love with one another, and when Glory spends a year away in Europe to perform, she begins to shatter inside. So when she disappears, Frank is determined to know what happened to her and why she’s been able only to play Chopsticks in the time before she went missing. 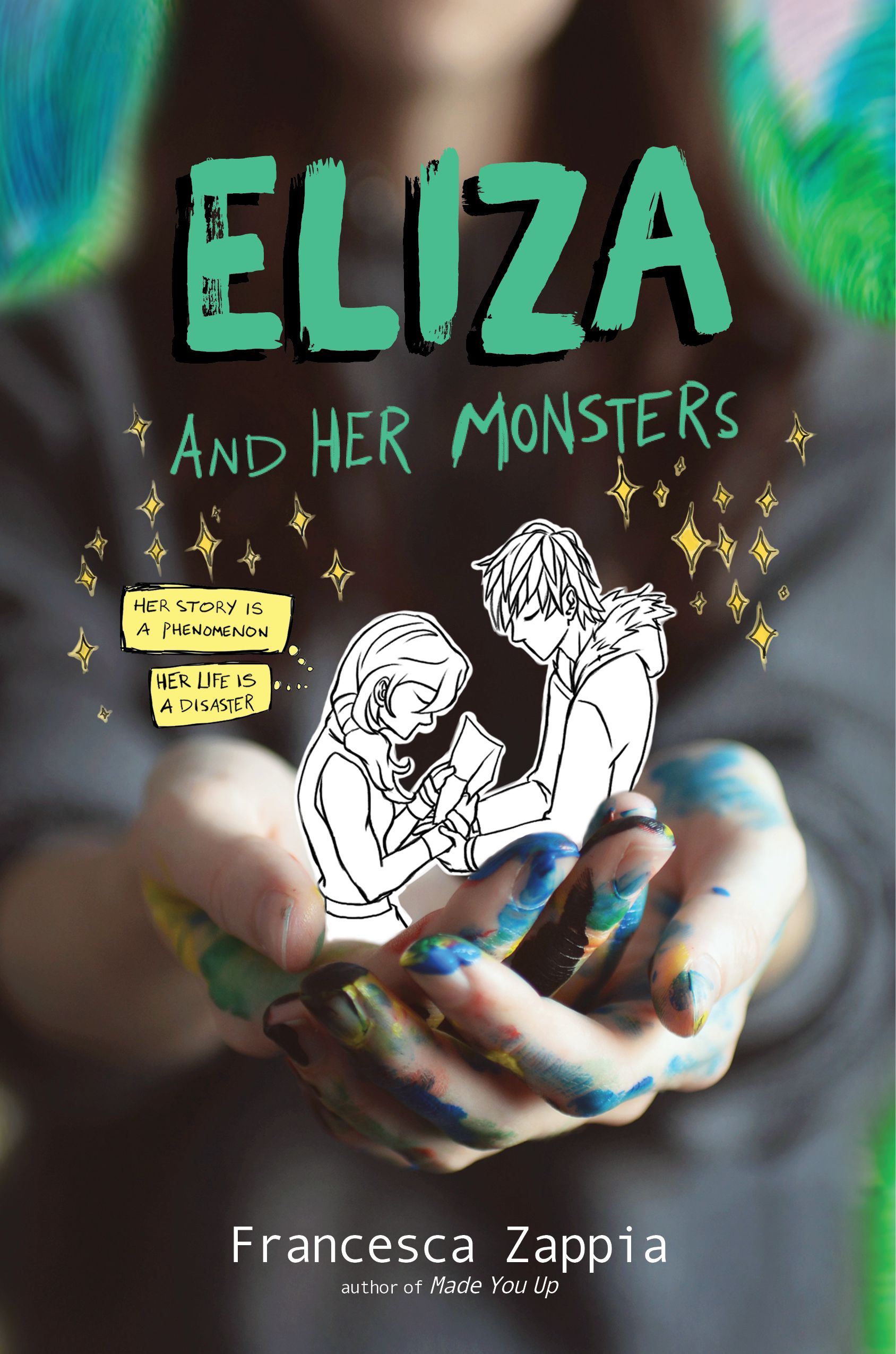 Eliza and Her Monsters by Francesca Zappia

Shy girl Eliza is the weird kid at school. But at home, in front of her computer, she’s LadyConstellation, creator of the incredibly popular webcomic Monstrous Sea. When Wallace Warland, the biggest writer of Monstrous Sea fan fiction, transfers to Eliza’s school, he thinks he’s met another lover of the comic. But slowly, he learns who she really is and when the truth slips out, Eliza’s world begins to shatter. 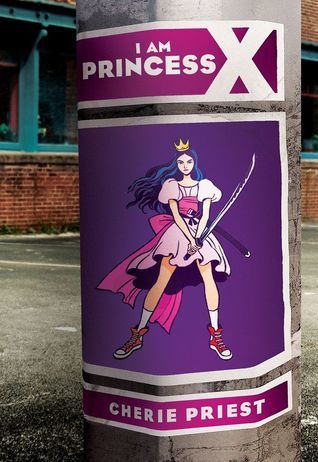 I Am Princess X by Cherie Priest

Best friends Libby and May used to create the Princess X comic, featuring a heroine who slayed all of the demons. But then Libby died in a car accident, and with her, so, too, did Princess X.

So when May begins seeing Princess X showing up across town, she starts to wonder: is Libby really gone?

This one, of course, features the Princess X comic within it. 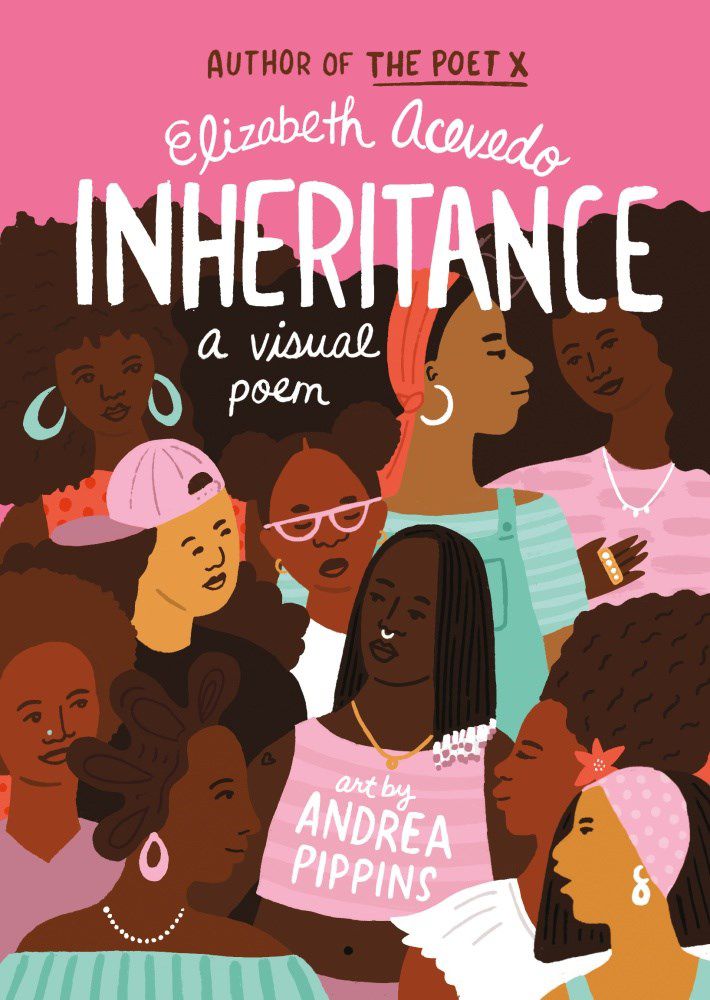 Inheritance: A Visual Poem by Elizabeth Acevedo and illustrated by Andrea Pippins

Among the most well-known of Acevedo’s poetry is “Inheritance,” a spoken word piece about the complexities of being biracial — Latina and Black. The presentation of this poem is through words and incredible art from Pippins, adding even more layers to the beautiful, heartbreaking, and heartening words. 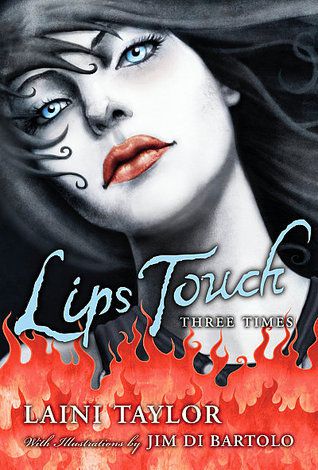 The book is comprised of three short stories, all having to do with love and romance. But it’s not exactly what you expect: it’s supernatural, it’s not always safe, and with the added benefit of illustrations, it’s absolutely absorbing. This was a National Book Award Finalist in 2009, and given the massive success Taylor’s seen in more recent years, it’s worth a first visit or a repeat reading. 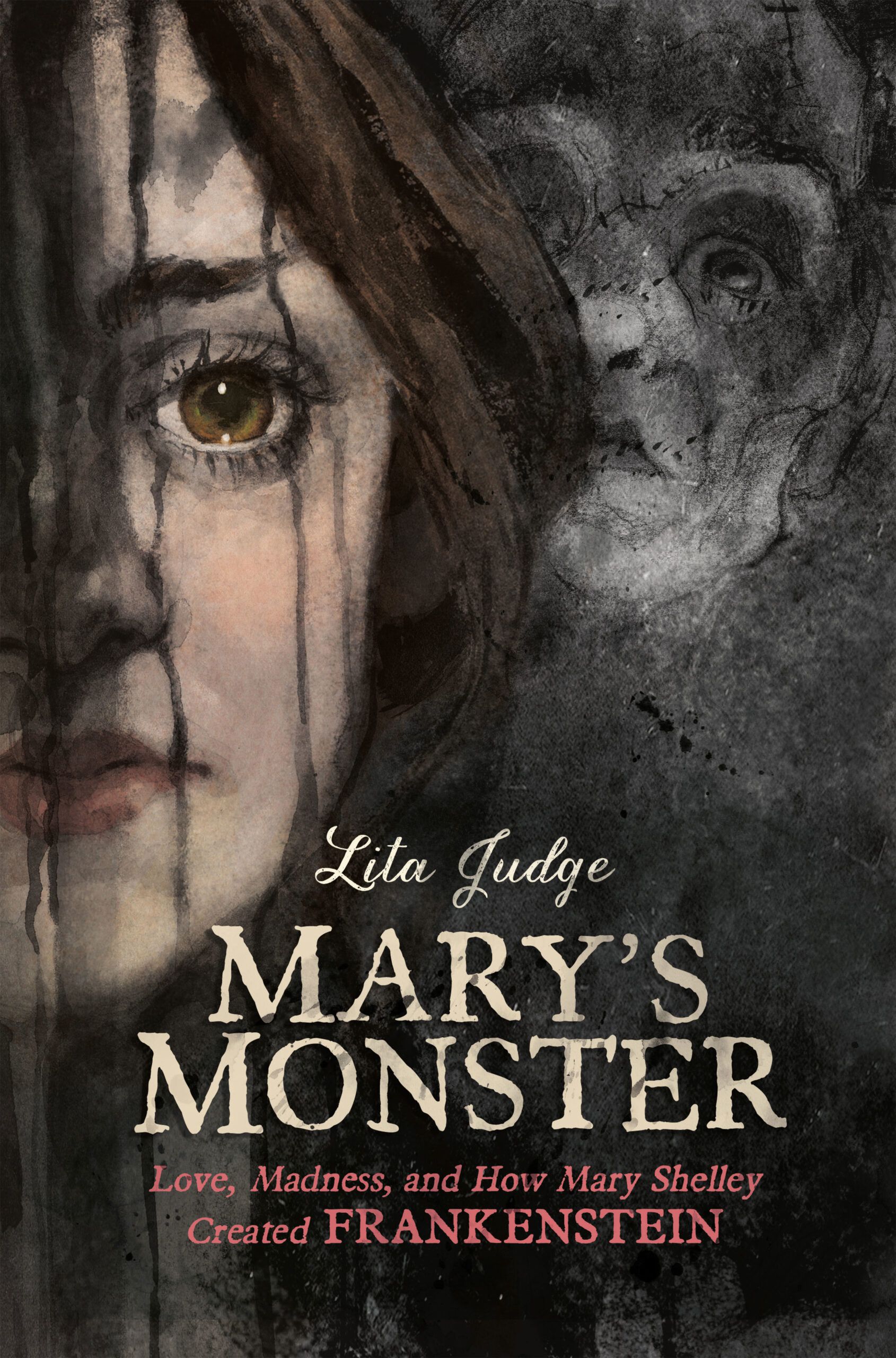 This is a nonfiction book in verse with illustrations that follows the story of how Mary Shelley conceptualized and wrote the evergreen classic Frankenstein. It offers up the facts and debunks some of the mythos around the story’s inception.

The “bet” that led to the book being written? True, but, when the story of Frankenstein is presented that way, it undercuts the years of thinking about the story Shelley spent before putting pen to paper. A moving, smart read in an extremely creative format. Judge did both the writing and illustrating. 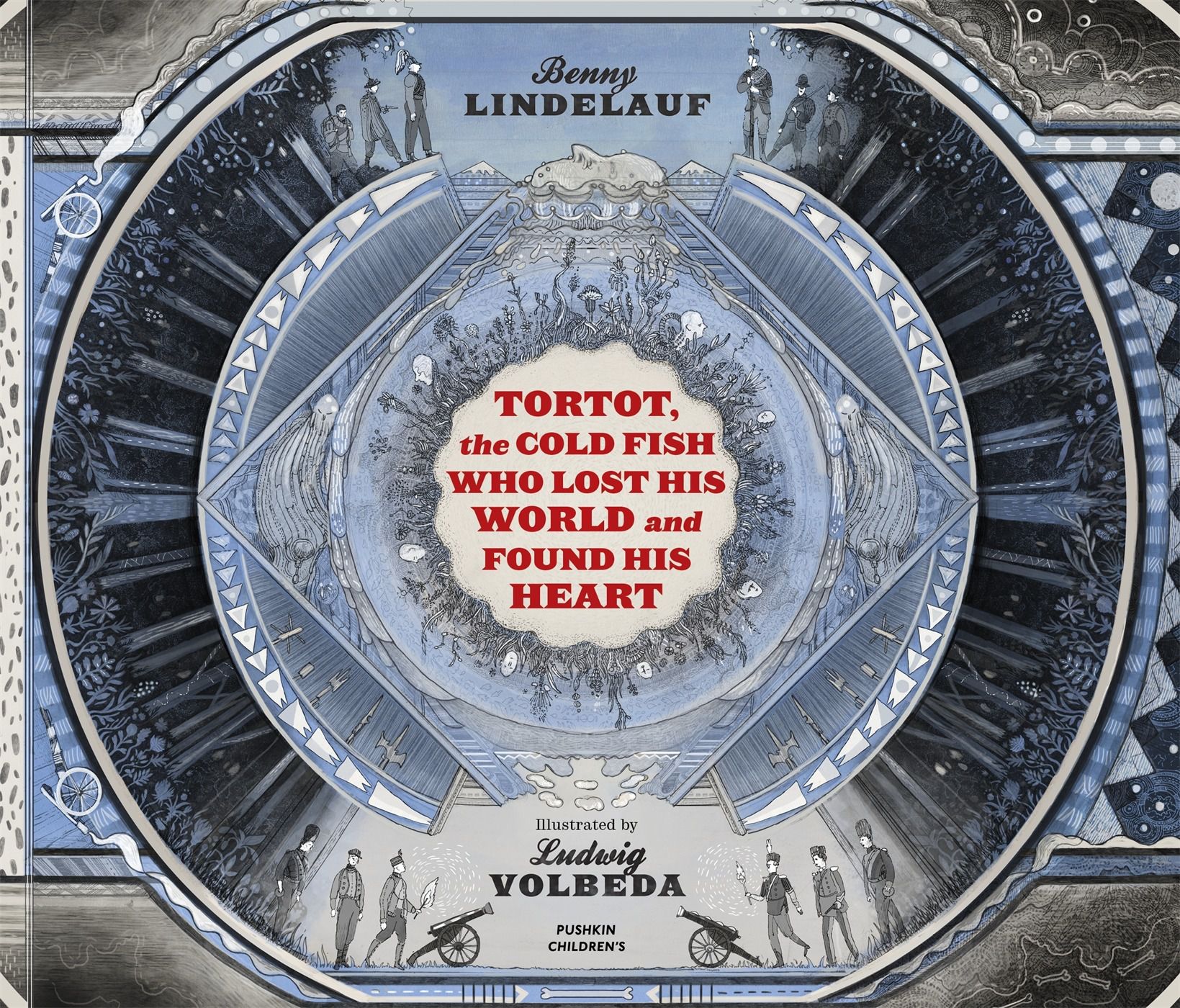 Tortot, the Cold Fish who Lost His World and Found His Heart by Benny Lindelauf, illustrated by Ludwig Volbeda, and translated by Laura Watkinson

Tortot is cold-hearted. He’s been sent to war as a field cook and despite the death all around him, he’s unfazed. One night, though, he takes in a boy who has lost both his brother and his legs in the battle. Tortot isn’t moved by the story and offers simply shelter for one night.

That night, though, will turn Tortot’s whole world upside down.

Kentucky Derby 2022: Results and purse money at ‘The Run for the Roses’