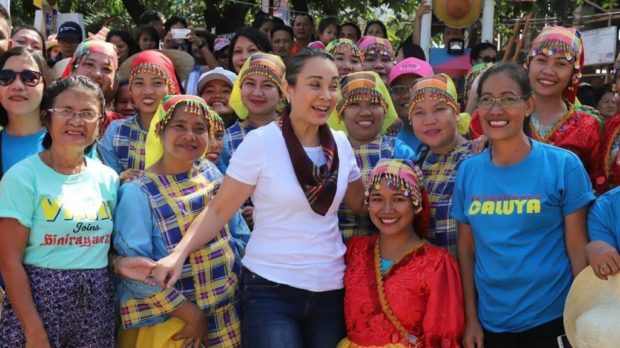 Calling Legarda “a champion of education”, de Vera said: “Many do not know that even before the passage of RA 10931 (Universal Access to Quality Education Law), [then] Senator Loren as Chair of the Senate Committee on Finance was able to realign P8-billion to CHED in the 2017 GAA so 800,000 students in 112 SUCs (State Colleges and Universities) no longer pay tuition and miscellaneous fees,” he said.

Ang tunay na Kampeon ng Edukasyon!Many do not know that even before the passage of RA 10931 (Universal Access to…

The CHED chairman added that when RA 10931 became law, Legarda worked with then House Committee on Appropriations Chair Karlo Nograles to look for the P40-billion needed to implement the law in 2018.

“Now, 1.6 million students no longer pay for tuition and miscellaneous fees in more than 200 universities. Another 500,000 get the Tertiary Education Subsidy,” de Vera added.

“They said it could’t be done. With education champions like Loren Legarda it can be done,” he stressed.

For her part, PAO chief Acosta credited Legarda for her unwavering support to the delivery of justice, especially in defense of indigent litigants.

Aside from education and justice, Legarda is running on a platform that includes environmental protection, climate change adaptation, jobs and livelihood creation and promotion of arts, culture and small and medium enterprises.

The Best New Romances Coming Out in May

Farhan Akhtar to Appear in Ms Marvel Series, Out June 8 on Disney+ Hotstar