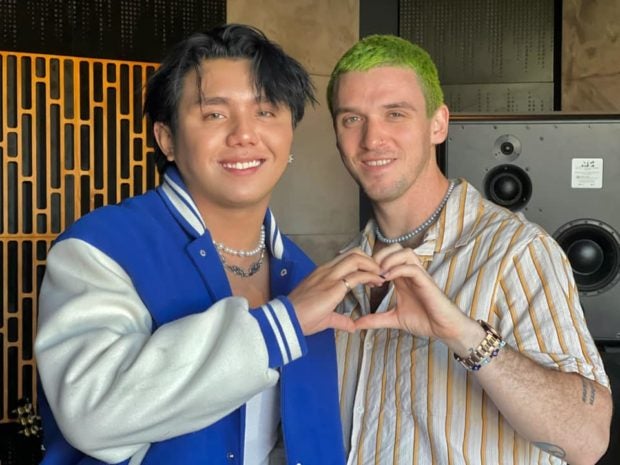 Zack Tabudlo has met another international artist, American singer-songwriter Lauv, after revealing his meeting with the American pop band LANY.

The singer teased what appears to be a collaboration with Lauv (real name: Ari Staprans Leff) by giving a glimpse of themselves in a recording studio, as seen on his Facebook and Instagram pages yesterday, May 13. He also showed himself and Lauv doing a heart shape together.

Tabudlo did not give further details about his meeting with Lauv, only sending fans a thinking face emoji.

Some netizens expressed happiness for Tabudlo, while others speculated the two are working on a collaborative song.

“Go mahal (love). [Oh my God] so proud of [you],” another netizen, Zandra Suguilon, told the singer.

“Collab ba diz (Is this a collab)?” one Stephanie Pepito, meanwhile, asked.

Prior to showing his meeting with Lauv, Tabudlo gave a sneak peek at himself with the American indie pop band LANY last Thursday, May 12. He did not reveal the reason for their meeting as well, which led fans to speculate that the two acts would also be collaborating.

Lauv is an American singer-songwriter who is best known for his track “I Like Me Better,” along with his other songs such as “All 4 Nothing” and “Mean It.”

Meanwhile, Tabudlo is a singer-songwriter who released the hits “Binibini,” “Nangangamba” and “Habang Buhay,” among others.  /ra