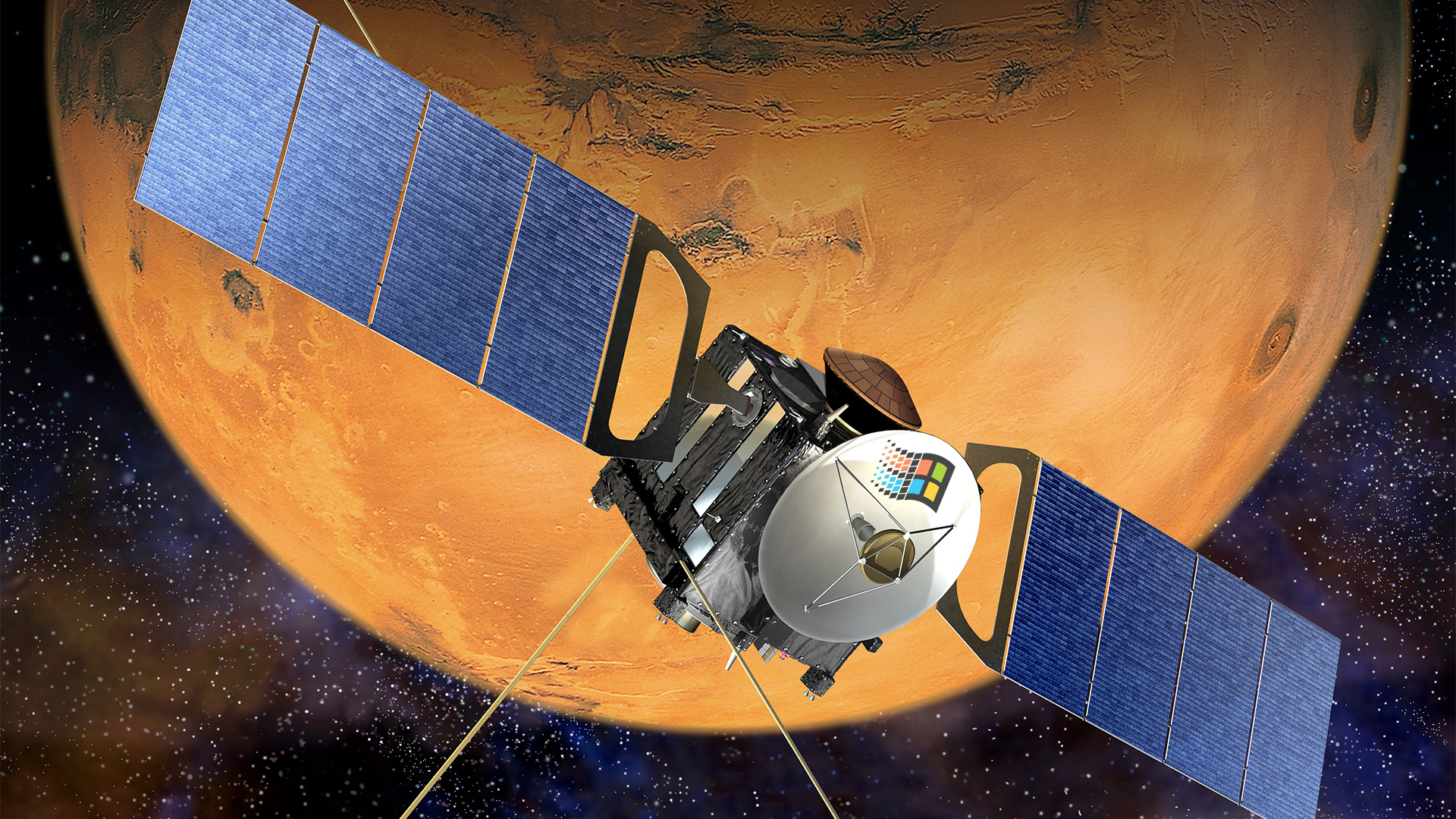 The latest, but probably not the last, tale of old software running in mission-critical operations comes to us via the Twitter feed of guitar-playing Canadian astronaut Chris Hadfield. The European Space Agency’s Mars Express probe, currently in orbit around the Red Planet and doing just fine, recently had a major software update to increase its chances of discovering water there.

How do you update Windows 98 on a spaceship orbiting Mars? @esa is doing it for Mars Express, after 19 years. https://t.co/DRWtuaqo22 pic.twitter.com/xxkDz5GrL1June 22, 2022

Launched in 2003, the Mars Express, and its MARSIS (Mars Advanced Radar for Subsurface and Ionosphere Sounding) water probe, naturally ran one of the major operating systems of the time. Windows 98.

And that is how we discovered that there’s a computer capable of running Doom in orbit over Mars, notable not so much for its abundance of alien life as it is for being the setting for id Software’s demon-blasting first-person shooter. Thanks Colonel Hadfield!

ESA’s blog on the subject doesn’t go into a great deal of detail, particularly regarding the framerates we could expect from Doom on the Mars Express, and how large a screen it has. It doesn’t even mention whether the probe will be keeping Windows 98 and updating its applications, or getting a fuller upgrade – Windows Me perhaps, or the version of Red Hat Linux preferred on the International Space Station’s laptops.

We do know, however, that one of the favorite processors used by NASA is based on the Apple Mac G3 – it’s a single-core PowerPC 750 233MHz chip from the Bondi Blue iMac, and there’s at least two trundling around on Mars in the form of the Curiosity and Perseverance rovers. Technically it’s called a RAD750 because it’s radiation hardened, and it’s also found in the Kepler and Fermi space telescopes. G3s weren’t noted for their ability to run Windows 98, however, so for X86 kit we have to look to the Hubble Space Telescope, which received a 25MHz 80486 CPU during a 1999 servicing mission, replacing an 80386.

Therefore we could be looking at there being at least a Pentium 90 on the Mars Express, which opens up the possibility of playing Wing Commander Prophecy or maybe even Ultima 7 on the scientific orbiter, alongside Doom and its first sequel.

Back to the software update, and it seems the new code for the probe “includes a series of upgrades that improve signal reception and on-board data processing to increase the amount and quality of science data sent to Earth”.

“There are many regions near the south pole on Mars in which we may have already seen signals indicating liquid water in lower-resolution data,” said ESA Mars Express scientist Colin Wilson. “The new software will help us more quickly and extensively study these regions in high resolution and confirm whether they are home to new sources of water on Mars. It really is like having a brand new instrument on board Mars Express almost 20 years after launch.”

So it sounds like the Europeans will be the first to know if water, or a rampaging demon army, is discovered on that gleaming red dot in the night sky.

What Is 1440p? QHD/WQHD Resolution Explained