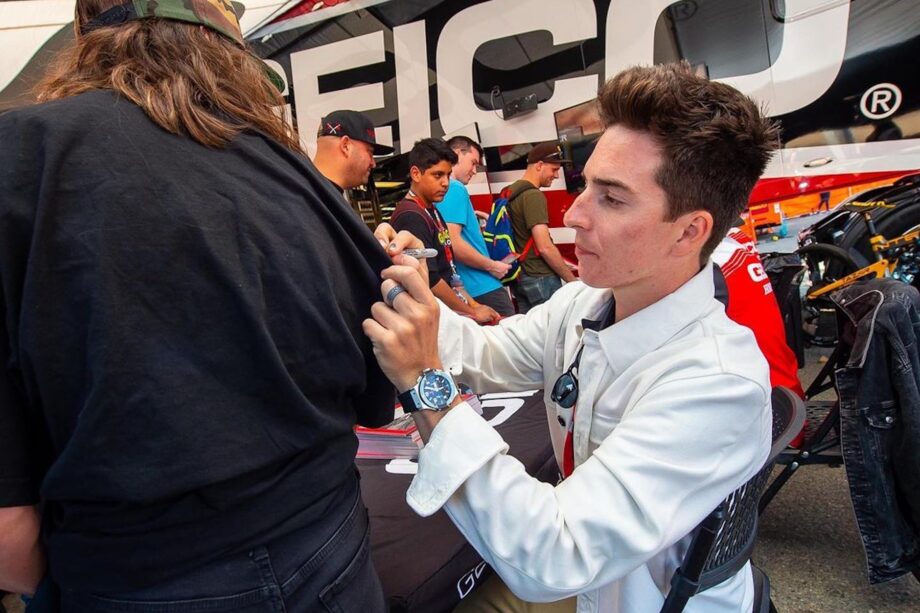 The 22-year-old Australian motocross star, along with his brother Jett, have been dominating the motocross world, winning races left right and centre. The boys are on a high after becoming the first brothers to finish in the top three of the US motocross championship standings, with Hunter coming third in the American Motorcycle Association Pro Motocross 250MX Championship and Jett coming first.

Younger brother Jett might be having a bit more success on the track as of late but Hunter’s been making some friends in high places – namely Formula One champ Daniel Ricciardo. He’s also been amassing one of the best watch collections in Australia, putting his prize money to good use.

For such a young gun, he’s got exceptionally good taste in timepieces. He’s consistent, too: they’re all sporty, stainless steel and versatile. We’re a big fan of his most lavish piece, his Audemars Piguet Royal Oak Chronograph. Wish we had one of those at 22…

RELATED: Conor McGregor Does The One Thing You Should Never Do With A Luxury Watch

Lawrence’s favourite watch, however, seems to be his Panerai Luminor, which he’s been spotted wearing in a number of interviews off the track over the last few years. He loves swapping different straps onto the watch, too – swapping out the standard brown leather one for red, white and black rubber straps on various occasions.

The Lawrence family, originally from the Sunshine Coast packed up their belongings and moved to Europe at the end of 2015 to pursue the brothers’ motocross dreams, later moving to the United States in 2018 when the boys got signed by Honda. It’s probably why F1 star Ricciardo struck up a friendship with Hunter – Ricciardo having had a similar experience of relocating to Europe from Perth at a young age to pursue his racing career.

We love to see Aussies taking it to the rest of the world.

Fight, Throw or F*ck? The One Thing You Should Never Do With A Luxury Watch