JUPITER, Fla., Nov. 29, 2021 /PRNewswire/ — WorldIPI.com, a company that represents major intellectual property portfolios and some of the newer technologies of Donald Spector, one of the world’s most prolific inventors, has signed an agreement with D.K. Zabolotny Institute of Microbiology and Virology of the National Academy of Science of Ukraine to clinically test a new protective mask that may offer significant benefit in the fight against all airborne viruses and bacterial particles, including Covid-19. 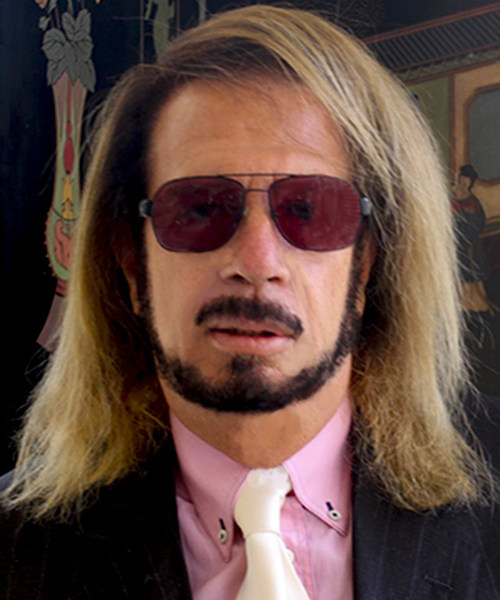 The mask uses UVC diodes, in the present version Aluminum Nitrate UVC diodes from Crystal IS, a wholly owned subsidiary of the Japanese company Asahi Kasei. The mask contains a patent pending passageway that has no moving parts and uses the bellows of the lungs during inhalation and exhalation to create air currents that cool the diodes, dissipating the heat in the larger respiratory system and disabling viral and bacterial particles.

Spector, who has opened up several billion-dollar industries, hasworked with many of the world’s foremost leaders in multiple industries. Bristol-Myers Squibb set up a separate division for Spector’s patents, introducing the first electronic air fresheners. Spector also introduced the first double acting hydraulic exerciser known as the Muscleworker and as the Bruce Jenner Exerciser, as well as the first hyperbaric chamber for seeds. In the field of computer technology Spector patented the first known process for location-based advertising, one of the first SuperApps and one of the largest businesses on the internet, Satellite Credit Cards and Wi-Fi patents for holographic streaming through the internet. Spector also patented the first use of LEDs in killing microorganisms in HVAC systems. He has patented hundreds of consumer products that are used by millions of people around the world.

Former Senator Michael Balboni, appointed as New York State’s first Homeland Security Czar after 9/11 stated, “I worked with Don Spector at the inception of the LED Mask and have watched as he has overcome the tremendous difficulties associated with incorporating powerful diodes in a small mask. The genius of this design is the employment of powerful UV radiation, while ensuring heat dissipation and the complete shielding of the users’ eyes and skin. The design focuses the light on the air transfer and is safely contained within the compact and comfortable mask.

I have discussed this concept with several high-ranking public officials in the health field and they have reinforced the desire to increase the effectiveness of the personal mask, especially against a broader range of pathogens. This concept can be a major step towards achieving safe public spaces without having to retrofit buildings to control airborne diseases. I believe that this design represents a major change in protective equipment needed to combat future pandemics.”

Dr. Gregory Levitin, a board-certified Otolaryngologist and recognized as one of the leading medical doctors in the world on upper respiratory tract diseases says, “This mask promises to be one of the most significant advances in the fight against airborne diseases. What is also remarkable is that unlike targeted medical therapy such as vaccines or oral medication, this product is not strain or pathogen specific and thus creates a new space in the field of preventative medicine.”

The chief engineer on this project, Roman Kruhlov, further explained, “While the mask appears to be simple, overcoming the challenge of this assignment of having high temperatures and fixed airflow was the result of literally thousands of trials, computer simulations and re-engineering. The end result is an elegance of design which does not reflect the engineering complexity in attaining the engineering requirement necessary to provide relatively normal breathing while achieving the effect of disabling virtually any viral or bacterial particle in the future.  I am proud to be a part of this project and the WorldIPI family.”

Lisa Pamintuan, president of WorldIPI.com adds, “We have proved the mask theoretically and with computer simulations, but this will be the first clinical test of our working prototypes. We are excited to be working with the National Academy of Science of Ukraine that will not only be conducting the first testing, but also have been invaluable in defining the protocols for which an entire section of the laboratory was 3D printed. The Crystal IS diodes have been tested effectively in ambient conditions at Boston University but the application to our compact mask passageway using the respiratory system as the fan presented some unique challenges. In ambient environments you have more variables, however with the respiratory system and breathing patterns we have to work with people’s normal breathing patterns. We fully expect this product, as has so many of Spector’s other patents, to open up a multi-billion dollar industry and we are excited about the group, in particular, Dr. Svitlana Zahorodnia, Dr. Krystina Naumenko and Andriy Zaremba, at the National Academy of Science of Ukraine representing a tremendous resource to WorldIPI.com on this and other projects.”

Svitlana Zahorodnia Ph.D., the team leader from the D.K. Zabolotny Institute of Microbiology and Virology said, “We admire breakthrough inventions, and we are always glad to put our heart and soul into proofing concept functionality. Our professional team of M.Sc.s and Ph.D.s will deliver a full competence of this fantastic project.”

How To Tastefully Integrate Hammocks In Interiors, Exteriors And Everywhere In Between

“We Will Support Mass Production of MicroLED TV.” TETOS Supplying Side Wiring Boards to Samsung

2022 Lighting Trends That Are Making a Comeback