The first batch of NVIDIA GeForce RTX 40 series graphics cards should start to enter the supply chain in August. We are talking about this August, and the date comes via Russian TechTuber and Pro-Hi Tech editor Ilya Korneychuk. Please add a dose of salt to the rumor, and for good measure it isn’t made clear exactly who will get their hands on Ada Lovelace GPUs in August – whether they will be product distributors, or NVIDIA’s graphics card manufacturing partners. Pro-Hi Tech recently shared an Intel Arc A310 scoop, so could be showing that it is a GPU leaks source in its ascendancy. 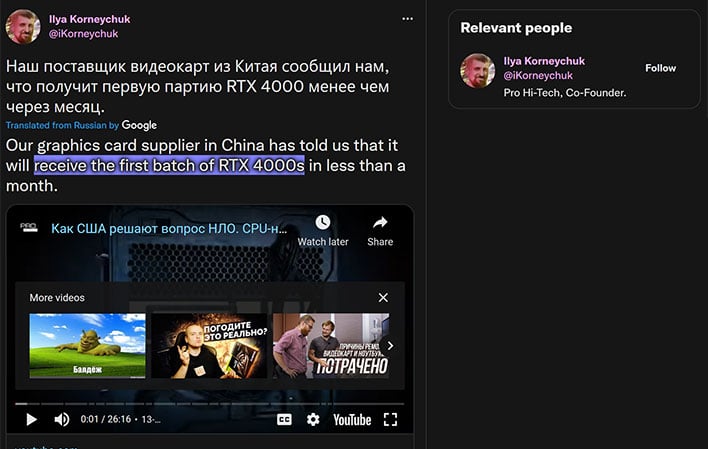 Korneychuk doesn’t have a lot to say about the GeForce RTX 40 series in his Twitter or YouTube posts. On Twitter, the headline is machine translated as follows: “Our graphics card supplier in China has told us that it will receive the first batch of RTX 4000s in less than a month.” Picking through the video episode’s transcript, instead Korneychuk talks specifically of the RTX 4090, which is expected to spearhead the consumer launch.

The Chinese sources are probably from within one of the country’s many NVIDIA partners, and there is a long list of both familiar and unfamiliar GeForce makers in China. These are called AIB (add-in-board) or AIC (add-in-card) partners, and will have a lot of early privileged information about upcoming GPUs, as is required by their business. If we assume the source is from an AIB, rather than a retail distributor, then the Pro-Hi Tech contact will be getting RTX 40 GPUs ready for soldering onto PCBs in August. 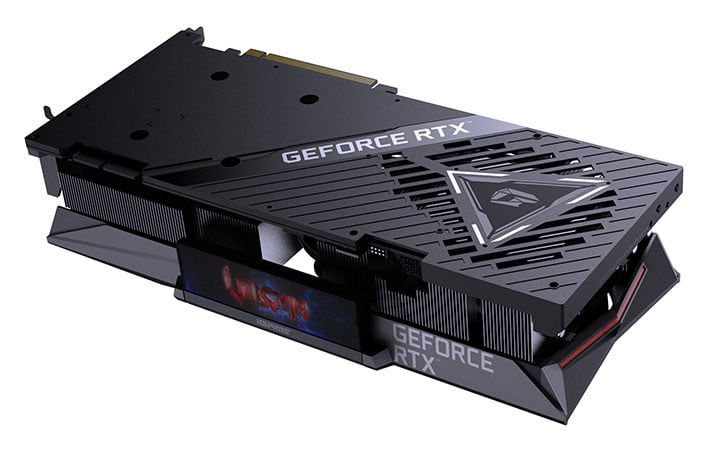 Some official news regarding the NVIDIA GeForce RTX 40 refresh is surely due in the coming months. In September, it will be two years since the launch of the GeForce RTX 3090 and 3080. The most recent rumors from a relatively reputable source say the top-end RTX 40 GPU(s) will be launched in September, for availability in October. This timescale could be considered to be in line with Korneychuk’s claims, spotted via a VideoCardz report – with the AIBs getting GPUs a month ahead of launch, which is a month ahead of availability.

We have seen some very tasty NVIDIA Ada Lovelace leaks in recent weeks, and the rate of leakage seems to be intensifying. If we only consider leaks from the past month, we have seen GeForce RTX 4090 Ti specs, A possible RTX 4090 Ti tested in Control with RTX On, and a GeForce RTX 4090 put through its paces in 3DMark Time Spy Extreme.

NASA’s Curiosity Rover Has Brought A Decade Of Science, Here’s What It Has Taught Us