Home » Books » Over 100 Books Have Been Challenged in Eanes, Texas, Since March 20
Books

Over 100 Books Have Been Challenged in Eanes, Texas, Since March 20 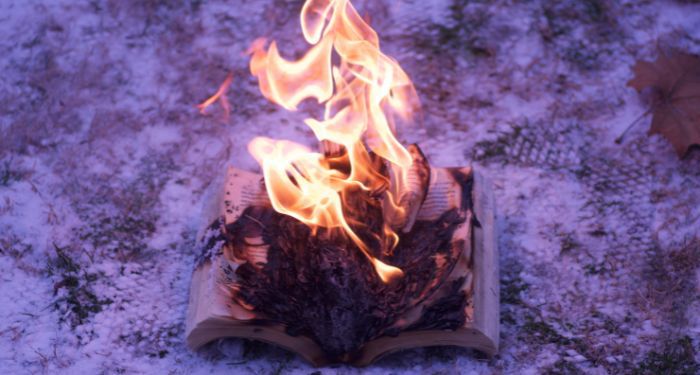 Last week, the Eanes Independent School District, which encompasses part of Austin, Texas, and communities west of the city, opened up information about the status of book challenges in the district. Since March 20, 2022, over 120 books have been submitted for formal reconsideration to the district, which has a single high school, two middle schools, and six elementary schools. Every single book challenge comes from the continually-circulating Moms For Liberty hit list.

All of the challenges come from fewer than ten individuals and the collective Eanes chapter of Moms For Liberty/Eanes Kids First. They come in the weeks prior to school board elections across the state of Texas, including Eanes, where more than one board seat will be determined on Saturday, May 7 (tomorrow). Only Granbury Independent School District and North East Independent School District have seen more challenges this school year.

Eanes Kids First is a “parents rights” group that has developed a thorough collection of books deemed inappropriate, noting not only where those books are in the district but the “issues” within them. Among the reasons the books are a problem? LGBTQ topics, race and diversity topics, and stories tackling mental health. For groups like this claiming that these book challenges are simply about obscenity and vulgarity, the transparency in these lists for why the books are problematic says otherwise. It’s a blatant attack on marginalized people and stories.

Eanes ISD published the slate of book challenges on their website in late April, including the titles, challenger, date, and status of each title, affording transparency to the entire process. Book challengers, who have demanded transparency about the materials being used and available in schools, were appalled by the district’s decision to give them just that.

At the most recent school board meeting, Aaron Silva, partner of one of the book challengers named, used his three minutes during the open comment (beginning at 1:57) to bash the board’s decision to do this. He called it a failure of the board to make such a decision “at the worst possible time.” In the next breath, Silva emphasizes how he and others have demanded clear, transparent communication. He claims parents with good reputations have been strung up and fed to social media over this decision–apparently ignoring the same behaviors advocated for and promoted within the Eanes Kids First/Moms For Liberty groups. Silva is the founder and spearheads the Eanes Parents United podcast, which, according to Franklin Strong’s documentation, “while Eanes Kids First sponsors the podcast, “EKF has absolutely no editorial input into my podcast.  It is me and me only.  The podcast is not an organ for their views and if there are similarities it is only coincidental.”

Further conversation in both Facebook groups called the board’s decision “doxxing” and that “damage done to our community is difficult to measure, but one thing is for sure, that their idea of “TRANSPARENCY” has only proven that they are ALL truly lacking strong leadership skills.”

At the same board meeting, an attendee held up an image from Gender Queer from the audience in support of the small number of parents who showed up to complain about or read from library books. No library in the district owns Gender Queer.

Because of the small size of the district, staff are now being stretched thin with book challenges. Sitting through 120 reconsideration meetings means staff are unable to do their jobs and serve their students and educators. The cost of this to tax payers is enormous and the cost to staff in time, money, energy, and distress is significant. As the books being challenged are the same ones being challenged nationwide–titles that are popular and accessible in a large number of school libraries because they’re well-reviewed and meet community needs and interests–it’s clear the effort on the part of those challenging isn’t about the books but about creating discord.

Eanes Kids First/Moms For Liberty Travis County have furthered their push for conservative candidates in the district’s election, which began last election. They’ve thrown their advocacy behind Jay Lamy and Jim Withers, who has sent robocall messages to registered voters paid for by the Republican National Committee, according to the message itself. Despite the endorsement and funding from the Republican National Committee, Withers claims he’ll keep politics out of the classroom to unite the community.

In Texas, school board candidates are nonpartisan, but that hasn’t stopped this election from becoming infused with politically-affiliated campaign contributions.

The Eanes ISD school board has followed their reconsideration policies throughout the entire process. They require parents to file a formal reconsideration, and while books are being reviewed, they remain on shelves for students to access. Because of how many books have been challenged–among the largest number in the state of Texas–the process will stretch through to the fall, as these meetings will not happen in the summer, per the school.

If you’re able to right now, show up and vote in school board elections. This is especially crucial in communities throughout Texas, where book bans have taken hold. Eanes School Board could also use your support through letters that address their willingness to follow their own policy and ensure student access to materials that are diverse, developmentally appropriate, and selected by trained professionals–not politicians nor politically-affiliated community members with singular agendas. They can be reached here.

For more ways to take action against censorship, use this toolkit for how to fight book bans and challenges, as well as this guide to identifying fake news. Then learn how and why you may want to use FOIA to uncover book challenges.