Microsoft is teaming up with Epic Games to make Fortnite available to play for free through its Xbox Cloud Gaming service. In doing so, Fortnite essentially makes an epic return to iOS and Android devices after being banished from Apple’s App Store and Google’s Play Store due to a philosophical dispute over each one’s royalty rate on in-game payments.

Even though Fortnite is a free game, it generates a ton of cash from players trading real-world currency for in-game V-bucks, which users can then spend on cosmetics and various items. We’re talking billions of dollars every year.

On iOS and Android, Epic Games was on the hook for a 30% royalty to Apple and Google, respectively. Epic Games decided that was a raw deal and updated its app so users could make direct payments, thereby sidestepping any royalties owed and running afoul of the terms and conditions it agreed to. Apple and Google responded by blocking further updates, prompting a legal battle. 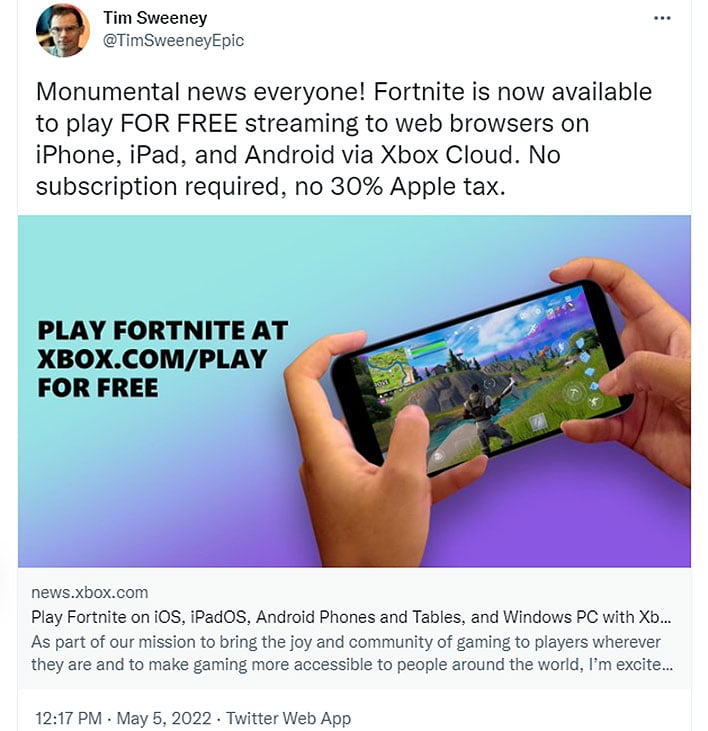 “Monumental news everyone! Fortnite is now available to play FOR FREE streaming to web browsers on iPhone, iPad, and Android via Xbox Cloud. No subscription required, no 30% Apple tax,” Sweeney tweeted.

So there’s the truncated back story leading up to today’s announcement. Through its Xbox Cloud Gaming service, Microsoft is making Fortnite accessible on supported browser-enabled devices in 26 countries. There’s no cost to play, no membership required, and users don’t even need to install the Xbox Cloud Gaming service.
What users do need is a Microsoft account, and of course a supported devices. In addition to iOS and Android phones and tablets, Fortnite through Xbox Cloud Gaming is also accessible on Windows PCs with internet access.
It’s worth noting that Fortnite also found its way to NVIDIA’s GeForce NOW service, though it’s currently in a closed beta with a waiting list to join. As for Xbox Cloud Gaming, Microsoft said it plans to add more freebie games sometime down the line. 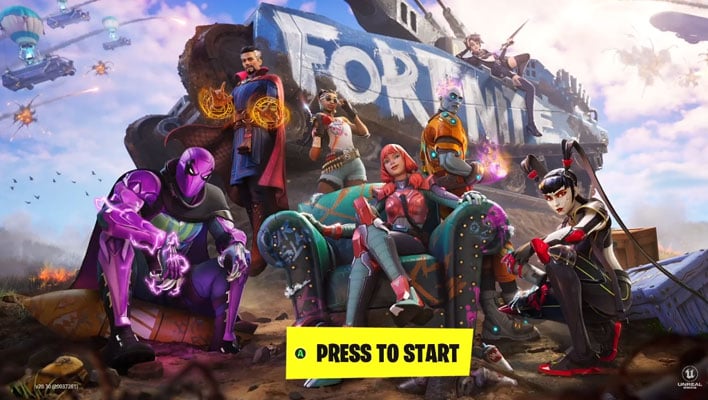 “We’re starting with Fortnite and will look to bring more Free-to-Play games people love in the future. At Xbox we want to make gaming accessible to the 3 billion players around the world, and cloud has an important role in that mission. Quite simply we want you to have more choice in both the games you play and the way you choose to play them,” Microsoft said.