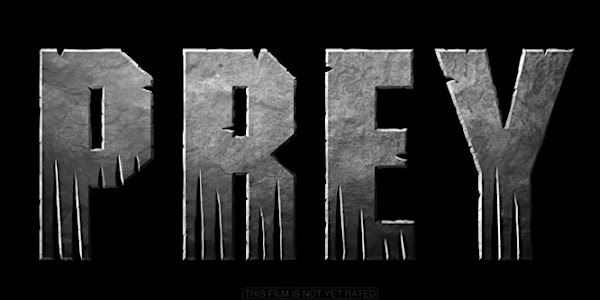 SYNOPSIS: “Set in the Comanche Nation 300 years ago, “Prey” is the story of a young woman, Naru, a fierce and highly skilled warrior. She has been raised in the shadow of some of the most legendary hunters who roam the Great Plains, so when danger threatens her camp, she sets out to protect her people. The prey she stalks, and ultimately confronts, turns out to be a highly evolved alien predator with a technically advanced arsenal, resulting in a vicious and terrifying showdown between the two adversaries.”

“PREY” is essentially a “PREDATOR” feature, a somewhat “prequel” (but not really) to the franchise film, as directed by Dan Trachtenberg (“10 Cloverfield Lane”) and stars Amber Midthunder – whose battle scream/cry in the trailersleft me with goosepimples, and I cannot wait for its “August 5th” on Hulu and Disney+.

And while I cannot dare claim to be a “huge fan”, I have watched all incarnations and enjoyed them, and I certainly hope to be entertained. Also, I appreciate THIS feature does not have the word “Predator” in its title.