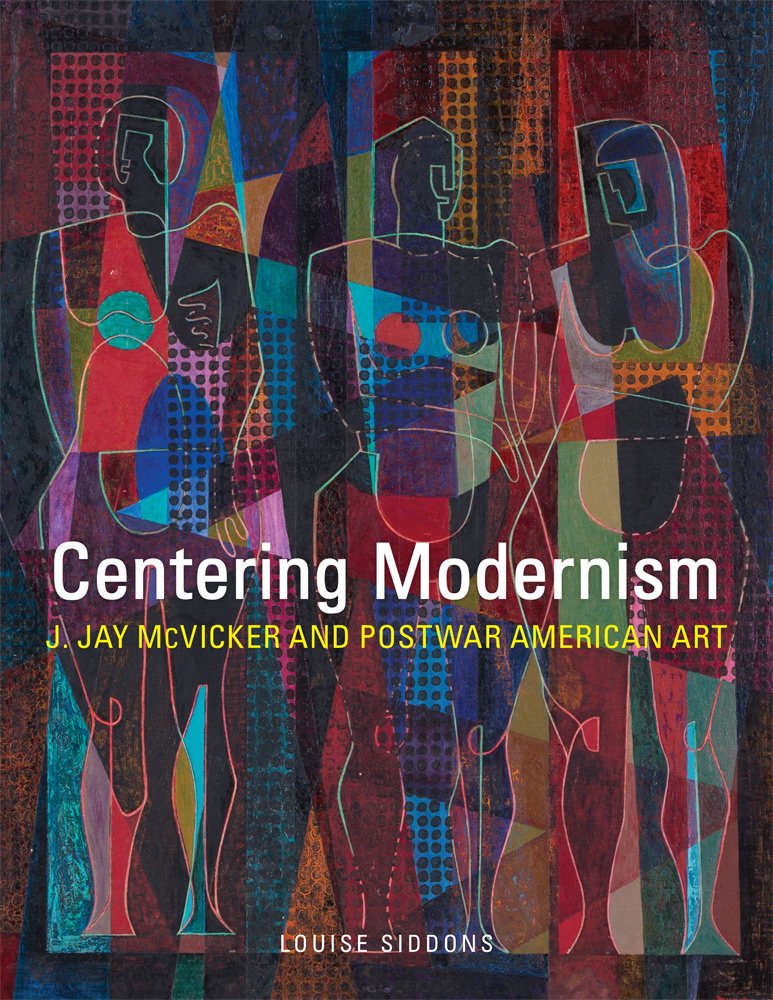 During the twentieth century, artists across the United States participated in the modernist movement. But as American modernism evolved during the 1950s and 1960s, the art world likewise changed, narrowing its vision toward large coastal cities such as New York and Los Angeles. As these cities increasingly claimed the avant-garde for themselves, artists from the “flyover” states all but disappeared from the canon of experimental artists. Among these forgotten figures is Oklahoma modernist J. Jay McVicker (1911–2004). In Centering Modernism, Louise Siddons fills a curious gap in the history of American art by exploring—and indeed salvaging—McVicker’s career and contributions to international modernism.

A painter, printmaker, and sculptor, McVicker served as chair of the Department of Art at Oklahoma State University. As his career progressed, he experimented with different styles and expanded his professional network, exhibiting his work in major national and international galleries and museums. Marshaling evidence from primary sources—including newly discovered archival sources and interviews with the artist’s friends, family, and colleagues—Siddons traces McVicker’s development from his early regionalist roots through biomorphic abstraction, hard-edge geometric abstraction, and finally to a style that reflects the shifting boundaries of postmodernism.

Despite his achievements, McVicker—along with other midwestern artists—dropped out of view during the postwar period due to what Siddons terms the coastalization of American art, as critics, artists, and curators from the East and West Coasts formed an elite and tightly knit group that garnered exclusive institutional access and support. According to Siddons, the bias against artists outside that circle continues to this day, even among revisionist scholars.

Featuring nearly one hundred full-color reproductions of McVicker’s works, Centering Modernism showcases the extraordinary range of his artistry. As the first comprehensive survey of McVicker’s career and oeuvre, this volume is also the story of American modernism in all its diversity.

Another Day Not Wasted: Meditations on Photography, Art, and Wildness

Learn the Art of Bird Photography: The Complete Field Guide for Beginning and Intermediate Photographers and Birders

Added to wishlistRemoved from wishlist 0
$9.99