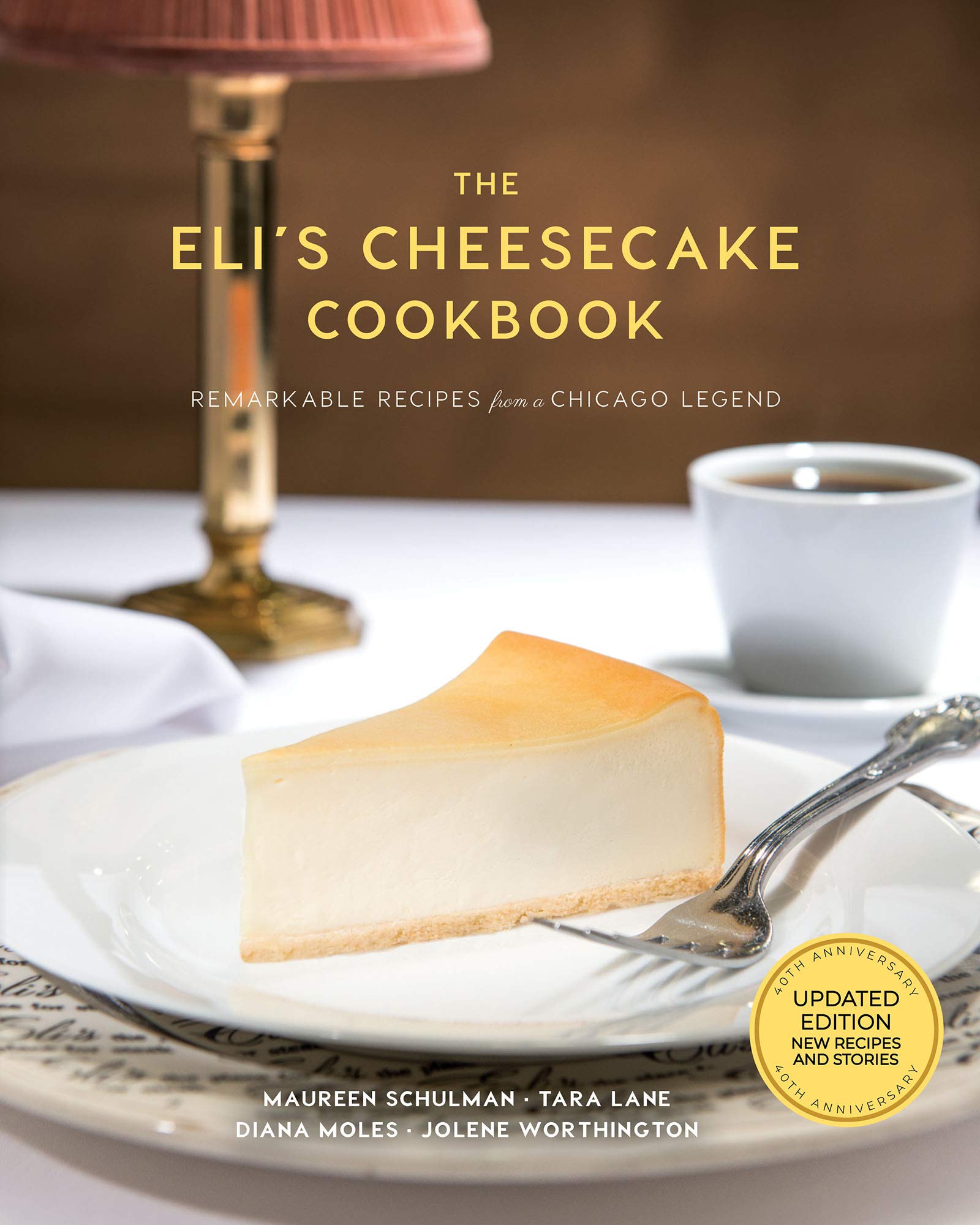 The story of Eli’s Cheesecake began more than forty years ago. It rose to prominence originally as the featured dessert at one of Chicago’s most popular restaurants: Eli’s The Place for Steak, a classic steakhouse, pillar of the city’s culinary community, and noted celebrity watering hole. This book details the storied history of one of the nation’s most famous desserts, all the way from Eli Schulman’s first cheesecake to President Obama’s 50th birthday cake to the creation of four towering, 2,000 lb. cheesecakes served at inaugural festivities in Washington, DC.

The second edition of the Eli’s Cheesecake Cookbook has been fully expanded and updated in honor of the 40th anniversary of Eli’s Cheesecake. In addition to the classics featured in the first edition, the new edition features even more cheesecake recipes, including Basque, Cherry Vanilla, Hawaiian, Carrot Cake Cheesecake, and Holiday Cheesecake Dippers―one of Oprah’s Favorite Things. You’ll also find many more signature dishes from Eli’s The Place for Steak, including Chicken Vesuvio, Pepper Steak, Corned Beef Hash, Potato Pancakes, and French Onion Soup, and an all-new chapter showcasing Eli’s bakers from around the world sharing their favorite family recipes.

Because of his unique baking process, Eli Schulman is often credited with putting “Chicago-style” cheesecake, richer and creamier than its New York counterpart, on the map. This collection will allow home cooks to make the same cheesecakes that helped celebrate five Chicago Mayoral inaugurations, Abraham Lincoln’s bicentennial, the City of Chicago’s 150th birthday, Illinois’ Bicentennial, Hamilton the Musical, the NBA All Star Game, the White Sox World Series, and more.

As Eli Schulman might say, it’s a helluva book.

Be the first to review “The Eli’s Cheesecake Cookbook: Remarkable Recipes from a Chicago Legend: Updated 40th Anniversary Edition with New Recipes and Stories” Cancel reply

Cook This Book: Techniques That Teach and Recipes to Repeat: A Cookbook

Added to wishlistRemoved from wishlist 0
$23.87