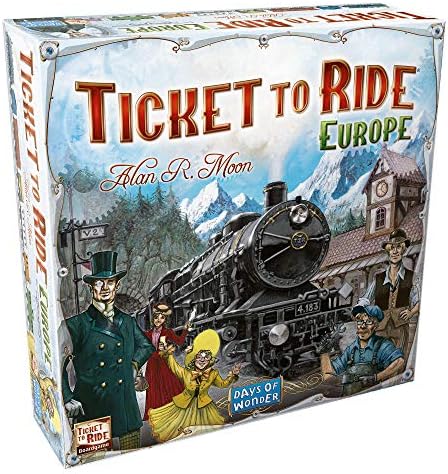 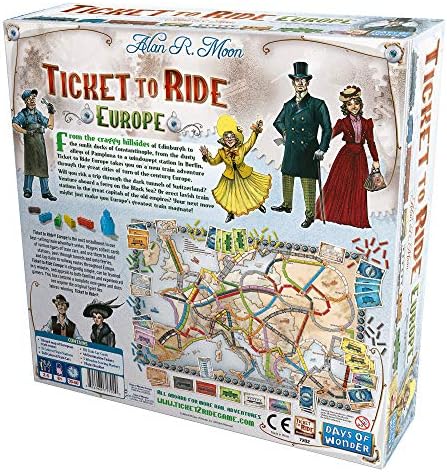 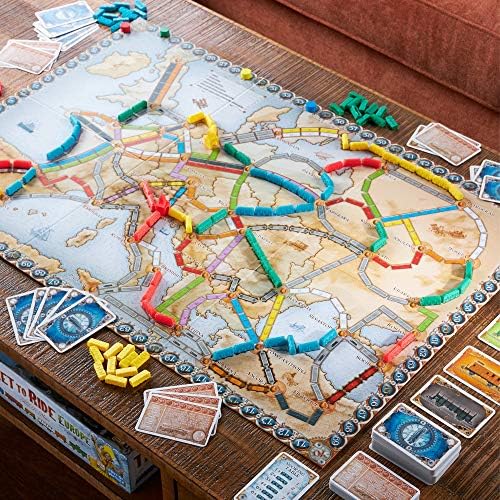 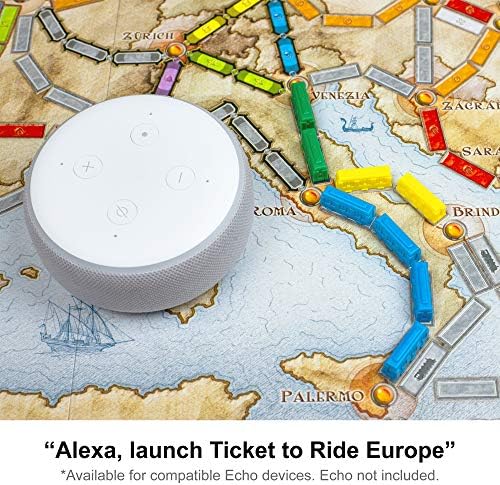 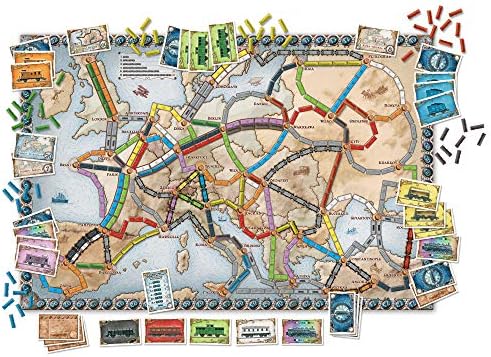 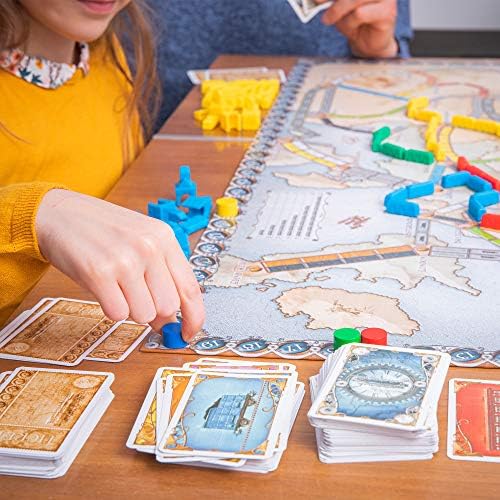 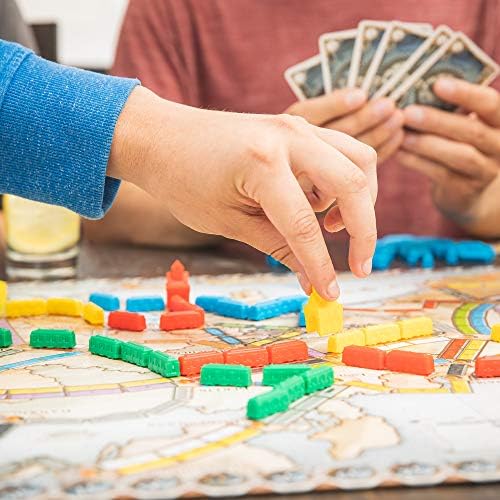 From the craggy hillsides of Edinburgh to the sunlit docks of Constantinople, from the dusty alleys of Pamplona to a windswept station in Berlin, Ticket to Ride Europe takes you on an exciting train adventure through the great cities of turn-of-the-century Europe. The second installment in days of Wonder’s best-selling Ticket to Ride Series of train adventures, Ticket to Ride Europe takes you into the heart of Europe. In addition to the new board map, it offers you brand new game play elements including tunnels, ferries, and train stations. We’ve also upgraded you to first-class accommodations with larger cards, new train station game pieces, and a lavishly illustrated game board. Like the Spiel des Jahres winning original, The game remains elegantly simple, and easy to learn. Ticket to ride Europe is a complete, new game that does not require the original version and is guaranteed to offer you hours of enjoyment.
STRATEGY GAME: Build your tracks across Europe in this fast-paced and strategic board game. Connect iconic European cities across a map of the early 20th-century Europe and build your train routes to earn points.
FUN ADVENTURE GAME: Ticket to Ride Europe is a multi country train adventure game in which players collect and play matching train cards to claim railway routes connecting cities through Europe! LOOKING FOR NEW ADVENTURES? Try Ticket to Ride expansions (Note: Expansions require Ticket to Ride Board Game to play).
MULTIPLE WAYS OF SCORING POINTS: Players collect train cards that enable them to claim railway routes connecting cities throughout North America. The longer the routes, the more points they earn. Additional points come to those who can fulfill their Destination Tickets and to the player who builds the longest continuous railway.
FAST AND EASY TO LEARN: With elegantly simple gameplay, the game can be learned in under 15 minutes and enjoyed time and time again, whether it’s your first time building a rail empire or an old favorite.
NUMBER OF PLAYERS AND AVERAGE PLAYTIME: This family and adult board game can be played with 2 to 5 players. The average playtime is 30-60 minutes. PLAY WITH ALEXA: Using a compatible Echo device, say “Alexa, launch Ticket to Ride” and play against Alexa!

Kerplunk Classic Kids Game with Marbles, Sticks and Game Unit, Easy-to-Learn, Makes a Great Gift for 5 Year Olds and Up

Hasbro Gaming Risk: The Lord of The Rings Trilogy Edition, Strategy Board Game for Ages 10 and Up, for 2-4 Players

Do You Really Know Your Family? A Fun Family Game Filled with Conversation Starters and Challenges – Great for Kids, Teens and Adults

Double Ditto – The Hilarious, Award-Winning Family Party Board Game for Adults, Teens & Kids (8 and up)