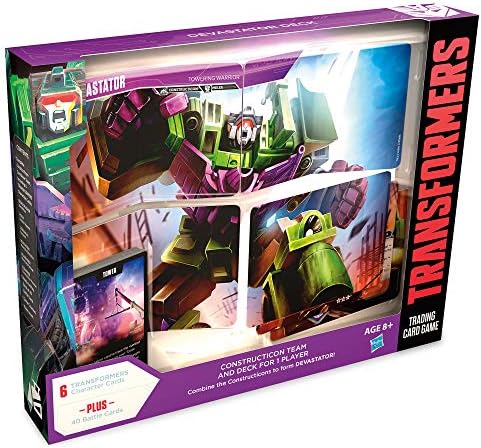 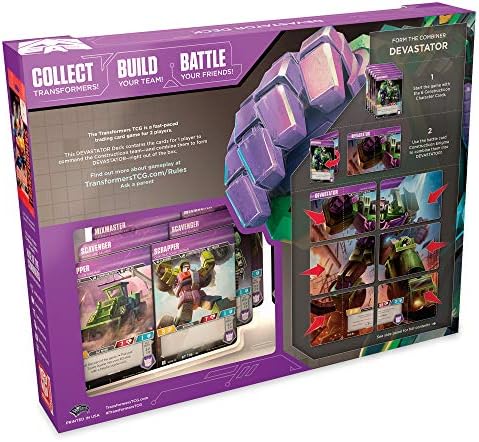 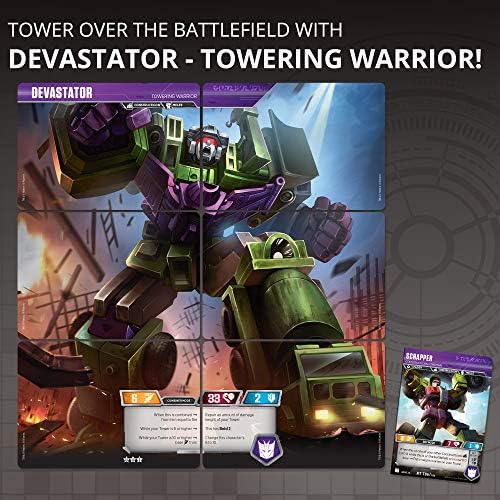 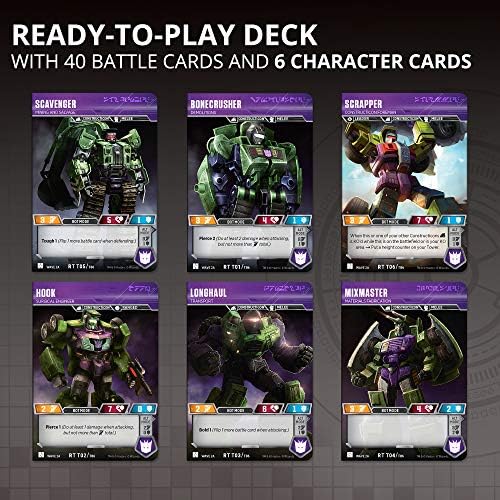 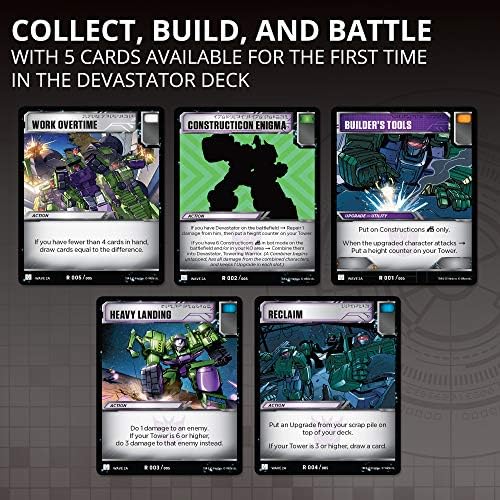 The Transformers TCG: Devastator deck contains all the cards one player needs to field The construction team – and combine them to form Devastator. Scrapper, scavenger, mix master, Bonecrusher, long-haul and hook can use the battle card constructicon Enigma to combine into the towering deception Warrior. In addition to the 6 character cards, 5 battle cards, The box also contains a Rules sheet and counters.
PREPARE FOR BATTLE: The Devastator Deck includes a full team and deck for one player to battle in the Transformers TCG, including six Constructicon Combiner character cards.
TOWER OVER THE BATTLEFIELD: Assemble the team of six fearsome Constructicons and use the battle card Constructicon Enigma to combine them into DEVASTATOR – TOWERING WARRIOR!
COMBINE: Each Combiner Character Card is the size of a standard Transformers TCG character card, but has a Combiner piece on one side, and the Alt and Bot modes on the other.
ROLL OUT: Combiner Character cards have a hinge in the center, which allows them to be folded and played as one of several characters.
COLLECT! BUILD! BATTLE! The Devastator Deck includes three copies each of five battle cards not previously available in other Transformers TCG sets.
Note: Game and rules in English only.

Added to wishlistRemoved from wishlist 0
$9.99