Samsung talked about its next gen storage technologies during a keynote at the Flash Memory Summit 2022. During the Santa Clara Convention Center event, the South Korean electronics giant touched on what it bills as transformative technology coming to a wide range of devices from the data center to your pocket.

Beginning with its big guns, Samsung introduced its descriptively named ‘Petabyte Storage’ technology. With this advance, Samsung says that a single server unit will be able to pack in over a petabyte of storage. Thus, server manufacturers will be able to provide denser storage solutions. Additional benefits expected from needing fewer servers include lower power usage and total cost of ownership.

The next advance outlined by Samsung might be more interesting to PC tech followers, as it sounds more likely to drip down to the prosumer / creator / high-end gamer sphere in the not-too-distant future. Samsung’s new ‘Memory-Semantic SSD’ mixes the firm’s latest flash NAND storage, plus high-speed DRAM, working together via the CXL cache-coherent protocol. We don’t know what CXL version Samsung utilizes here, but it will enable the hybrid NAND/DRAM device to deliver “up to a 20x improvement in both random read speed and latency when used in AI and ML applications,” according to Samsung’s test results. The comparatively small DRAM portion of Samsung’s ‘Memory-semantic SSDs’ is hinted at by the assertion that they work particularly well in workloads using smaller data sets. 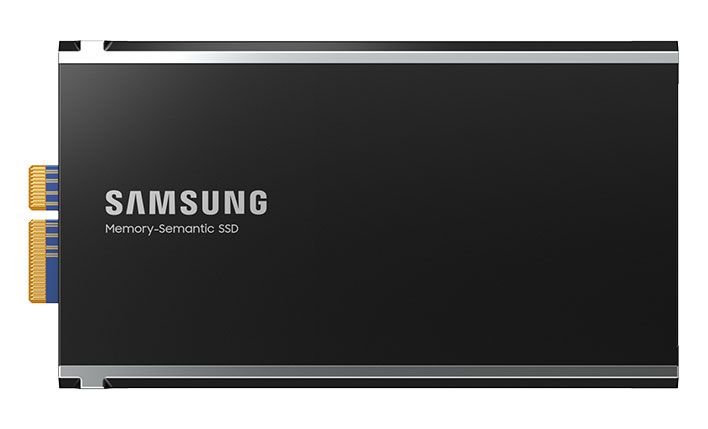 Samsung also shared some updated info regarding its cutting-edge mobile and PC storage. For mobile, Samsung let it be known that UFS 4.0 storage would enter mass production later this month. It reckons UFS 4.0, which doubles the speeds from UFS 3.1, is going to be a must-have feature of upcoming flagship smartphones, as well as other mobile devices, VR, and AR gadgets.

Another milestone celebrated by Samsung during the Flash Memory Summit 2022, was the market availability of the industry’s first PCIe 5.0 SSD, the Samsung PM1743. We first heard about this next gen enterprise SSD from Samsung just ahead of the New Year. This impressive drive is claimed to offer up to 13,000 MB/s and 2,500K IOPS of sequential and random read performance, respectively.

MultiVersus, A Fighting Game, Is Biggest Title On Steam Deck