Seoul Viosys submitted a complaint to the Florida court in the United States at the time of the lawsuit in 2021. In the complaint disclosed by the court, it is stated that SL VIONICS’ products infringed 11 patents of Seoul Viosys. In detail, it is clearly stated that not only SL VIONICS, but also Namsung electronics had continued to manufacture and sell products that include SL VIONICS’ products even after receiving a notice of patent infringement. This means that this patent litigation was caused by the patent-infringing products of SL VIONICS.

▲Fact: the defendant in the lawsuit was supplied the infringing products from SL VIONICS to manufacture its products, and admitted that such products infringe the Patents in Suit.

▲Order: not only the defendant, but also anyone who cooperated in the defendant’s patent infringement are prohibited from making, using, selling, importing or offering for use the products or any colorable variations. This order is in effect permanently until the patent expires.

“As this permanent sales ban is an order issued by a U.S. federal court, violation of this order constitutes contempt of court, and therefore subject to criminal as well as civil liability,” said Lee Seung-kyu, head of the sales division at Seoul Viosys. “In the United States and Europe, we keep track of all information on the products sold in violation of sales ban orders that Seoul Viosys has achieved so far, and we are waiting for the right time to hold the infringers legally responsible for contempt of court to protect the customers who use our products.”

Seoul Viosys has been winning all patent lawsuits related to UV LED until now.

[Photo] Part of the lawsuit filed against SL VIONICS in the Florida Court of the U.S. 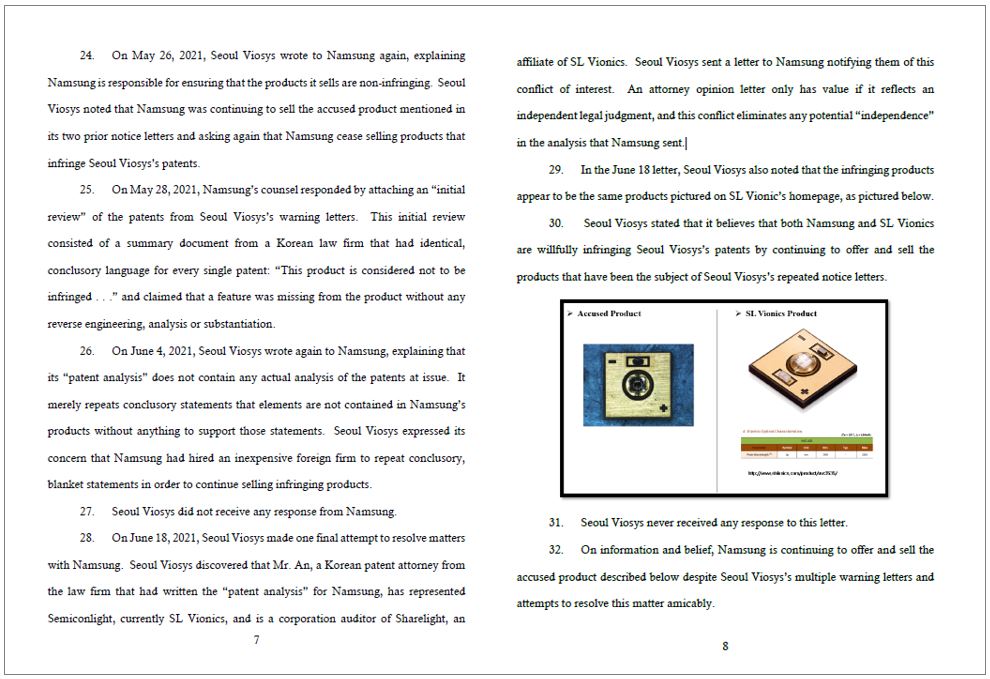 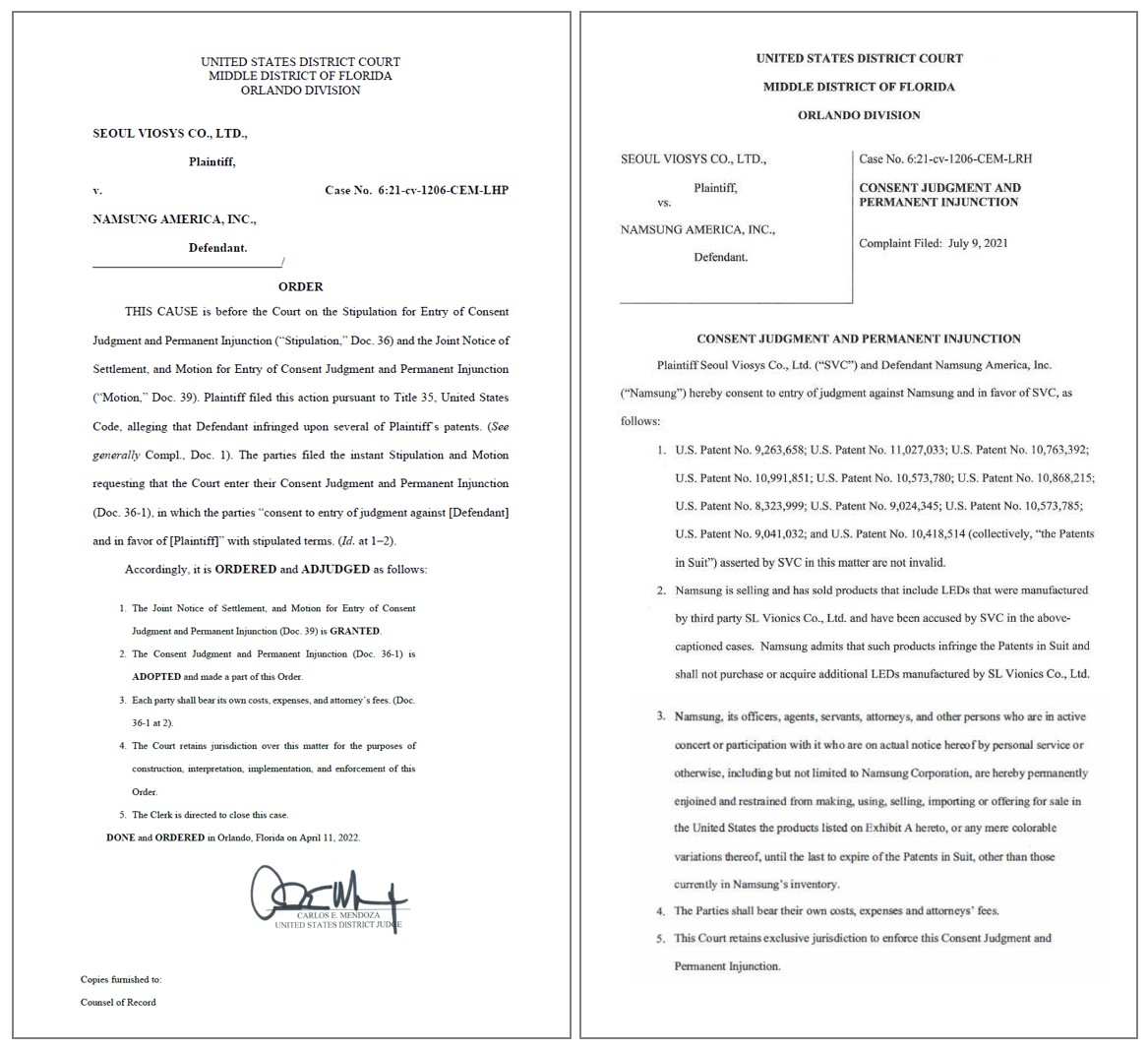 Eid 2022- The Feeling and Beyond- HealthifyMe

Over the Lips, Through the Gums, Look Out Gamers, Here It Comes — Or So It Seems