The Sandman I Remembered 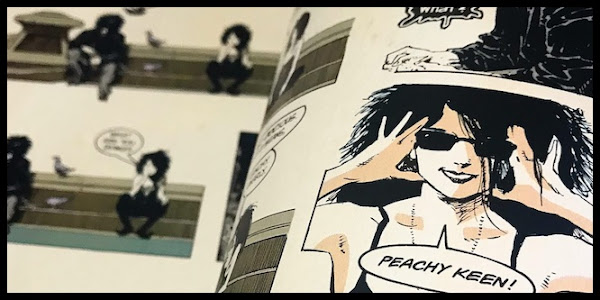 I started #TheSandman comics ever slightly later, 8 issues’ worth in fact. I had by then been familiar with Neil Gaiman and Dave McKean, with their work on “Violent Cases”, “Signal to Noise”, and “Black Orchid”, which tuned me into the writing, and as well the painted artwork for comics which had consumed by interests by then.

Growing up as a strictly inked artwork with colors, my feverant wish and plan was to be a “comicbook illustrator”, although I strayed slightly and took up Interior Design during that period in my life.

That was also a period in my comicbook-life when I was turning my attention to painted art, with the likes of Jon J Muth, Kent Williams, and Bill Sienkiewicz, and of course McKean. Witnessing the visual splendour of mixed media enthralled me. The comicbook shop I frequented knew my tastes, and my preference for Neil Gaiman, and recommended me “The Sandman” from Vertigo Comics. 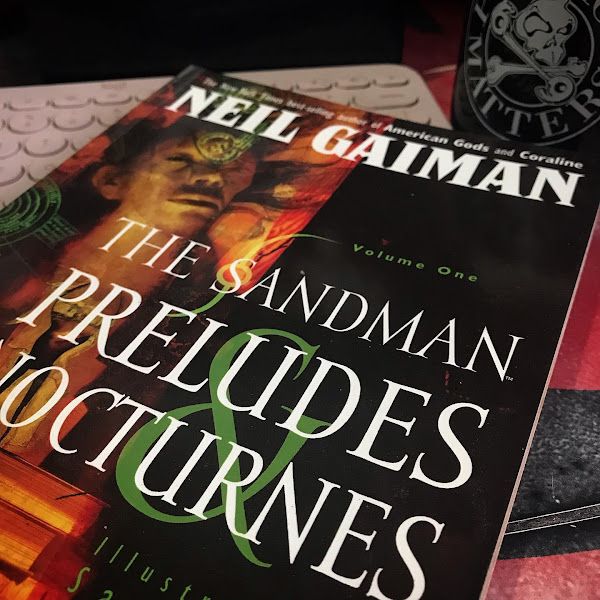 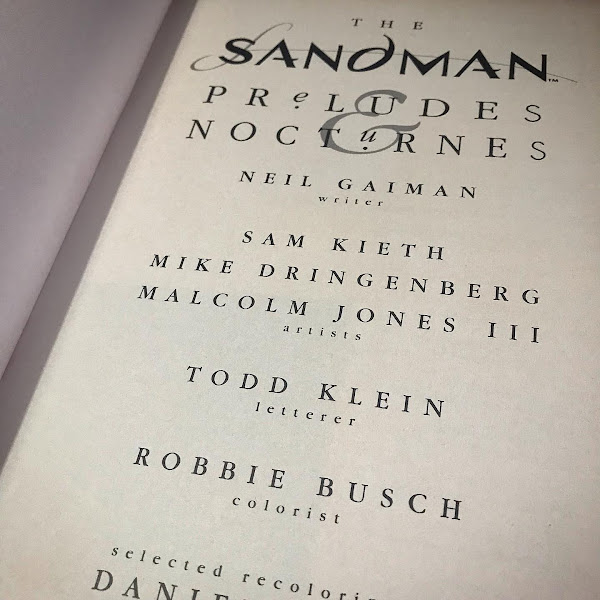 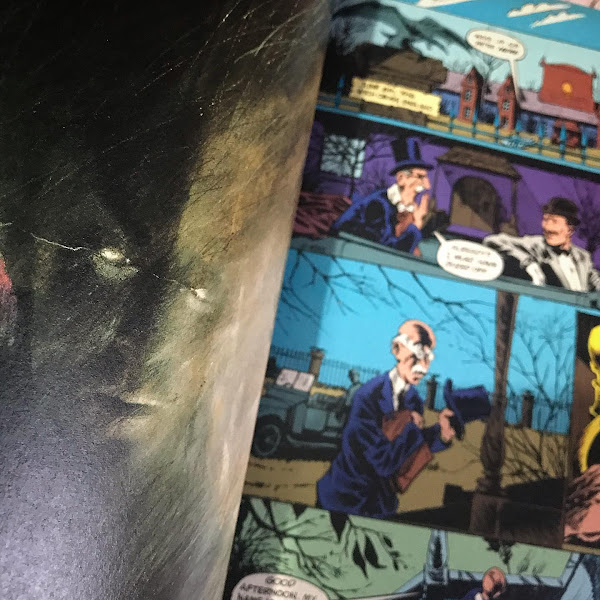 I remembering being particularly excited for the covers, but was not wholly convinced with the interior art. Flipping thru the pages, without particularly reading the story, I set the comicbook aside and went on with my way. Though changes in my preferences and delving in far more “independent” comics, I came to accept the artwork presented in “The Sandman”, and picked up Issue #8, and subsequently falling utterly in love with what I had witnessed in words, when I decided to pick up back issues, which by then only #3 would end up in my possession, while all others were unattainable by then.

I am not clever enough with words to properly articulate my emotions with experiencing Gaiman via Lord Morpheus and The Endless then, but can at the very least say with utmost pride, that I have collected every single issue of the 75-book run since, and this “The Sandman: Preludes & Nocturnes” collection (of Issues 1-8) is the only TPB I own. 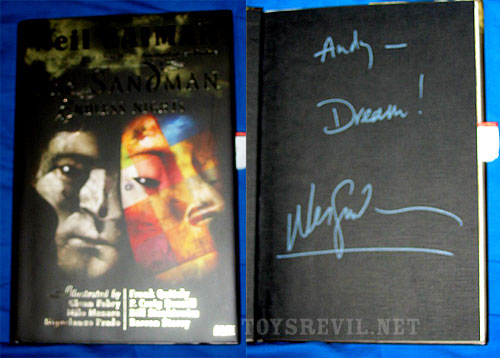 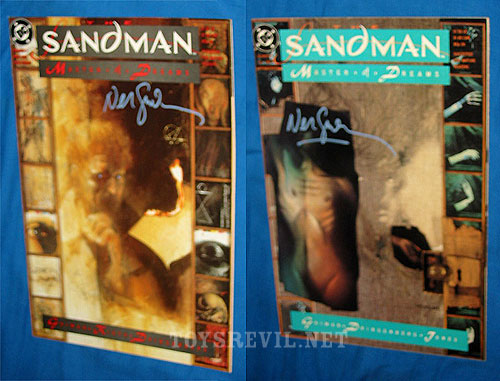 I actually have a hardcover before this, but I’d gotten Neil Gaiman to sign it (in 2005, when he came to Singapore for “Mirrormask”), and did not want to sully the pages with my grimy fingers, and thusly bought a softcover TPB to sate my need to fall into The Dreaming. 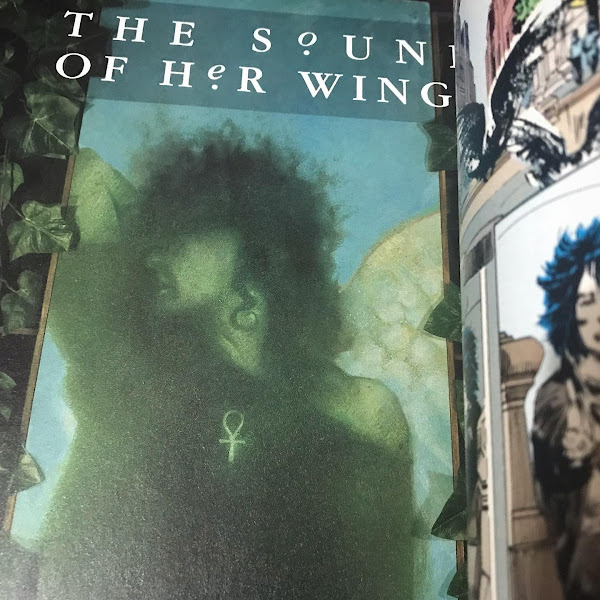 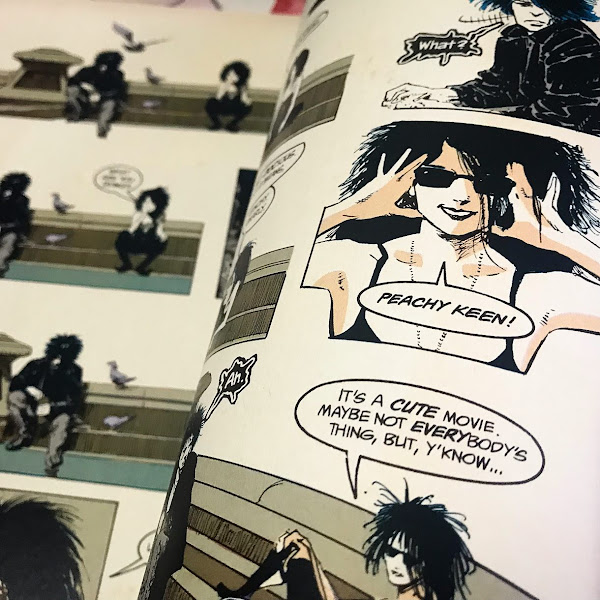 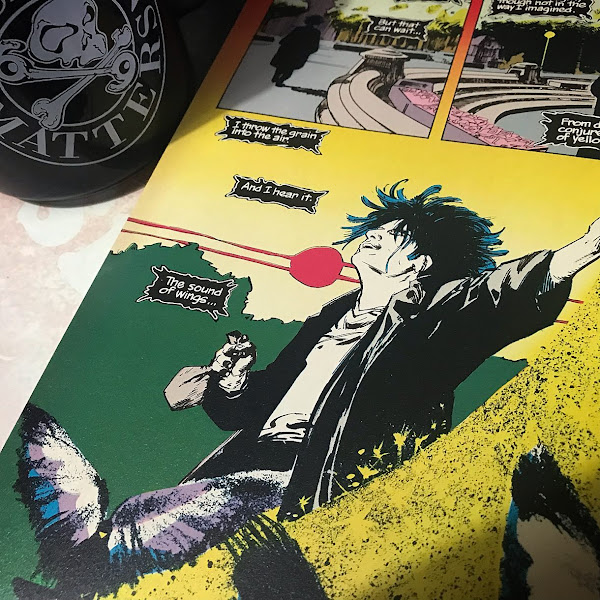 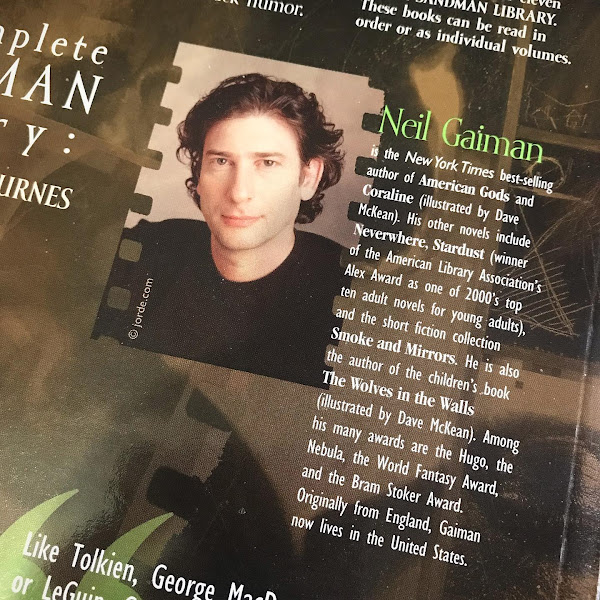 In anticipation of the August 5th premiere of the live action adaptation of “The Sandman” on Netflix, I pulled this book out of it’s dusted stack of my Favs of Plenty, but have since decided not to read it (and take pictures instead, posted here), as I’d want to retain whatever memories of the comicbooks, and watch the series separately, without comparisons, or expectations.

The stakes are too high for me personally, to be weighed down by my own “expectations”, IMHO. I’d not want to tarnish nor taint whatever my feelings and reverence for the books were, and am looking forward to experience the live action on its one media merit.

@neilhimelf has mentioned that all ten episodes’ll premiere, and as well the ten episodes will encompass Volume 1 and Volume 2 (“The Doll’s House”). I cannot wait.

Mandaue Business Month is back after two-year hiatus