The sorcerer and the witch: Why Benedict Cumberbatch and Elizabeth Olsen love playing superheroes in ‘Doctor Strange’

Elizabeth Olsen as the Scarlet Witch

The Marvel Cinematic Universe (MCU) has cleverly unlocked the Multiverse and, as proven by the crowd-pleasing pluck of “Spider-Man: No Way Home,” it’s pushing the boundaries of storytelling further than ever before. So, we wouldn’t be surprised if the wildly imaginative film “Doctor Strange and the Multiverse of Madness,” helmed with guts and idiosyncratic gusto by iconic director Sam Raimi (the “Evil Dead” franchise, Tobey Maguire’s “Spider-Man” trilogy) ends up becoming a game-changer for the Master of the Mystic Arts. 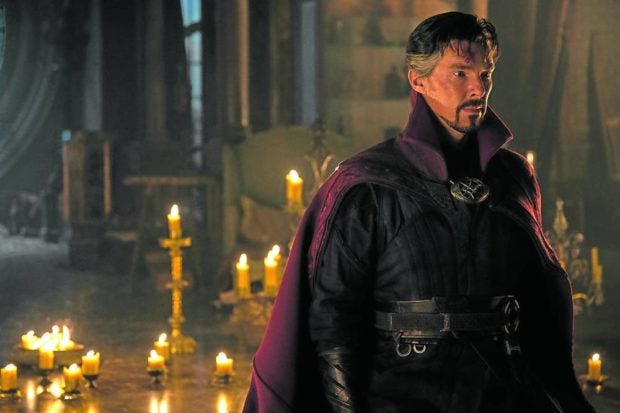 At the center of the film’s conflagrating conflict is America Chavez (Xochitl Gomez), the 14-year-old dimension-skipping ingenue whose underdeveloped power for “multiversal” travel has enabled the youngster to visit so many alternate realities—as she recalls, “More than 70 so far”!

Yes, there are also exciting cameos that will leave comic-book geeks and fanboys hyperventilating, but even without them, this Multiverse of Madness should be more than enough to satisfy moviegoers who want some thematic substance to complement its visual treats and thrills.

In the eagerly anticipated sequel to the 2016 blockbuster, which is now showing in Philippine cinemas, mysticism creepily merges with the macabre while Stephen Strange (Benedict Cumberbatch) journeys deeper into dangerous alternate realities that his mighty new nemesis wants to control. He must get a hold of two mystical books that could foil the enemy’s plans to change the course of multiversal life forever.

While this enables limitless possibilities for Marvel’s superheroes and their nihilistic antagonists, Benedict says that there’s more to this story than flashy bombast or bloated bravado.

“This film is about examining what’s fueling Stephen Strange both as a person and as a superhero, finding his flaws and faults, his humanity, as well as his strengths,” said Benedict Cumberbatch when asked at the press con that we attended early this week about how he approached his character’s upward shift in status, from being a relative “newbie” to becoming someone like an “elder statesman” in MCU’s latest phase. “This film is about renewing and deepening our understanding of Stephen. “He’s a maverick … he’s quite an outsider. But despite his prominence in the MCU at this moment, Stephen doesn’t immediately strike you as the leader—and that’s what makes him interesting and conflicted. He may be a hero, but Sam [Raimi] has alluded to his humanity as the trait that keeps people coming back for more. “We see in this film an iteration of somebody we’ve already seen—omnipotent, creative, omnipresent. And yet, we haven’t really understood what the cost of that is. What is it that fuels him as a person and as someone within this mysterious realm of sorcery and magic?

“On Stephen as a leader, I’d say that this is more of a self-examination, like you’re holding up a mirror to him through this incredible narrative structure … a multiverse of his other selves … than it is about his potential to lead. But I will say this: He’s far better at being a collaborator. He realizes that he can’t always be the one holding the knife and control it all himself. Those are pretty leader-like qualities that his participation in this has evolved into.”

Indeed, it’s interesting to see where Doctor Strange takes that acknowledgment and realization, especially after viewers saw glimpses of his “take-charge” tack with Peter Parker (Tom Holland) in “Spider-Man: No Way Home.”

“Exactly. That was Stephen trying to be an adult, trying to be a sort of guardian—and getting it very wrong,” the actor pointed out. “To be honest, there was some poor parenting in that film (laughs). He got angry with the kid, so he tried to take the toy back from the kid.

“But he’s not rigid. He’s a very flexible character, who becomes more malleable to his new experiences. He’s a very quick learner, as we know—not just intellectually, but emotionally now, as well. Doctor Strange is deepening his emotional language. So I would say he’s a ‘maturing’ leader, rather than an ‘elderly,’ as you suggested … because I’m only 45 (laughs). Don’t worry, I’m only teasing you.”

Asked what his favorite part has been in getting to explore other sides of his character, Benedict said, “I think it’s what Doctor Strange learns from that. You know, this multiversal narrative idea feels like it is also in our own lives, because we play multiple roles. We have an incredible capacity and imaginative space in our subconscious … in our dreamscape … to imagine ourselves into different circumstances. 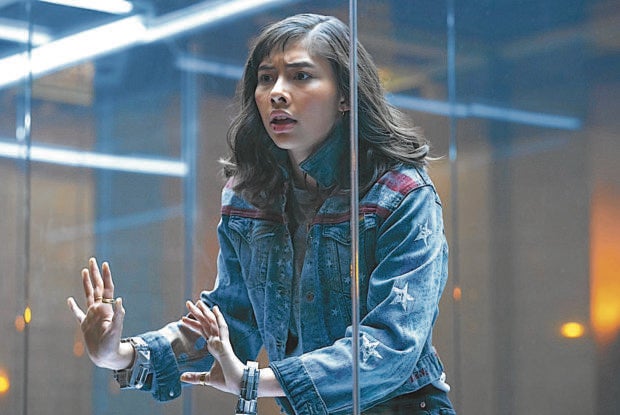 “I feel that this is an extrapolation of that in the sense that, Stephen is meeting other versions of him. They are essentially him, but they’ve made different choices in different circumstances with different outcomes. So, it’s a great fuel for a form of very odd self-therapy really … having conversations not just with me as an actor with my character, but with the other versions of that character.

“And it’s just a lot of fun as well to sort of shift the look, the attitude, the mannerisms or his abilities and show something same-same but different at the same time. It’s a fine balance, and we pushed it on some levels and less on others. You’ll very much see the finessing skill that Sam [Raimi] has to hold in all this complexity and go with what makes most sense for our hero.”

The actor has appeared in a variety of different roles in different genres since “Doctor Strange.” Would he consider playing the Marvel superhero career-defining for him?

“Yeah, definitely,” he replied. “Playing Doctor Strange has given me scope, as well as the freedom to support, nurture and finance smaller fare with difficult stories and delicate issues that otherwise I wouldn’t have been able to shine the light on, either as a producer or actor. “So I’m incredibly grateful for that opportunity, let alone this richly complex, very rewarding and fun character to portray. I mean, I love being your Doctor Strange. So, yes, it’s career defining, indeed. The sheer level of inventiveness and childlike joy of playing and pretending that what’s here is utterly different to what is there—it’s incredibly satisfying.”

“I’m on a journey, and this is a huge part of it. I always try to freshen things up, seek different challenges and work with different people—and this job is no exception.”

As for Elizabeth Olsen, who’s been through the wringer via the Westview Anomaly in the 10-part series “WandaVision,” she said Wanda went through that experience with “more clarity.”

“In the previous films before ‘WandaVision,’ I took up a lane for storytelling that was more grounded in sincerity, in love, loss and grief. With the series, I got to become anything and everything and really grow her into a woman who accepts that she is this mythic figure—and that is her destiny.

“In this film, people will see the continuation of her acceptance of who she is and the journey she has taken to get to this moment. I feel like she has way more clarity now than ever before. I do feel like we’re exploring something I haven’t been able to explore with the character yet. It’s about this growing level of confidence, and what she has learned from it.”

For people who have seen the film, that’s a scary thought—no spoilers here—because of the scope of her seemingly infinite powers.

Who does Elizabeth think would win in a mano-a-mano, fight-to-the-finish sort of duel between Scarlet Witch and Doctor Strange?

“I think we all know who would win … punch for punch (laughs),” the actress quipped winkingly. “The Scarlet Witch is pretty all-powerful, let’s be honest,” answered Benedict cryptically without giving a straight answer.

Superhero movies touch heavily on their great powers as also being the cause of the greatest tragedies. In the 33-year-old actress’ case, part of the lure of playing the Scarlet Witch is to be able to realistically present a hero who is still finding out her limits and coming to terms with the consequences of her powers.

“I don’t think we look at ourselves like, ‘Well, this is a strength of mine…’ Perhaps we sometimes do, but I think Wanda is constantly straddling this line. And usually, in her biggest emotive losses or grief, that’s when something is born … that’s been the trend. I do think we get to further that in this film, which is something I’m happy about.”