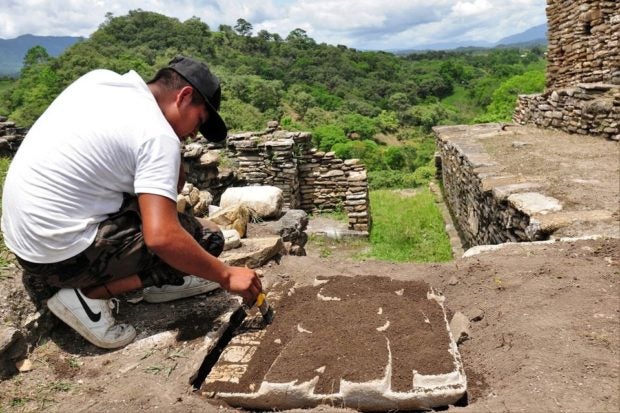 OCOSINGO, Mexico — The pyramids of the ancient Mayan city of Tonina rise high above the jungle of southeastern Mexico, but deep under the site’s most important pyramid a once-forgotten crypt is shining new light on the rites and rituals of this civilization.

Inside the chamber, discovered in 2020 and likely built between the 7th and 8th centuries, archeologists found 400 vessels containing human ashes mixed with rubber and roots.

The findings support archeologist Juan Yadeun’s hypothesis that important figures’ remains were incorporated into balls used in sport – “a transformation of the body” that allowed them to live on after their death.