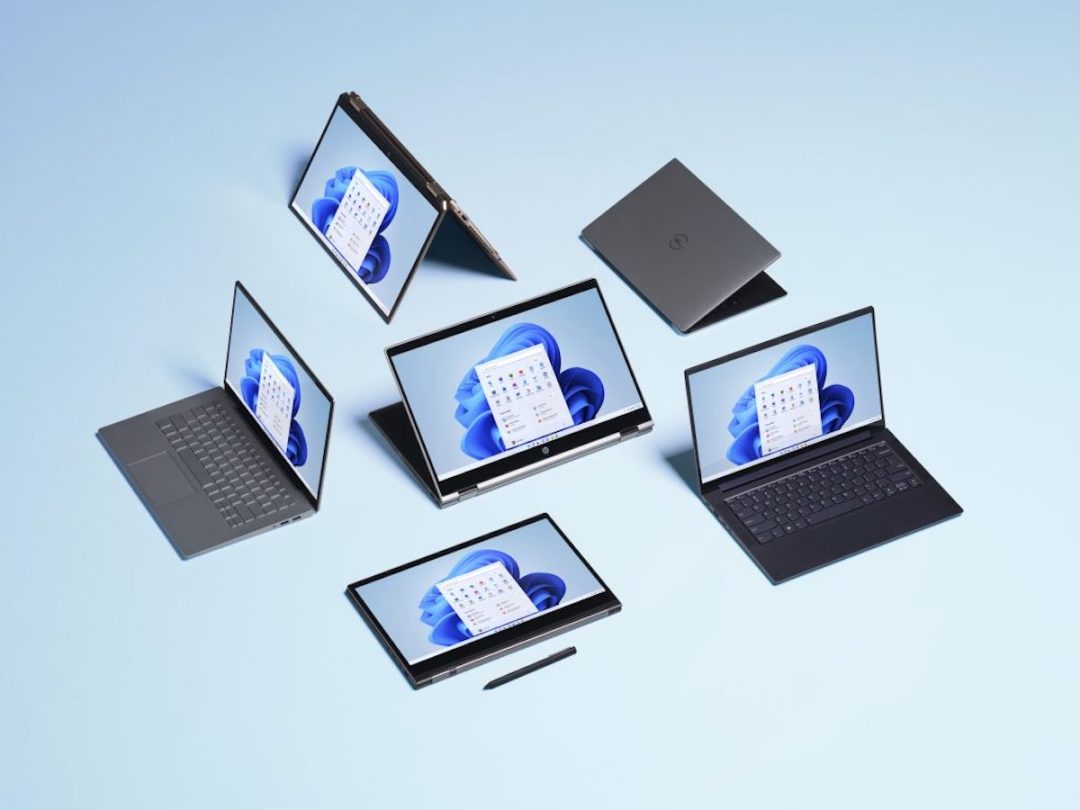 Windows 10 was supposed to be the “last version of Windows,” but Microsoft has changed course on its enduring PC operating system. Yes, Windows 11 is here and available to download today.

Windows 11 isn’t a dramatic sea change of an upgrade, but it does bring a lot of changes across the board. From the look and feel of Windows to the performance, gaming features, and app compatibility, it has a lot of potentially major enhancements within.

Here’s a look at the biggest new Windows 11 features.

After the pushback to its Windows 8 live tiles, Microsoft seems to have accepted that people want Windows to have a traditional taskbar and Start menu. Windows must be Windows, it seems. But Windows can still be improved and enhanced.

Windows 11 keeps those elements, but there’s more than a whiff of Apple’s macOS influence here. You’ll get a centred row of app icons on the taskbar, rounded window edges, and other flourishes that make for a cleaner, more appealing interface. There’s also a new widget feed and snap layouts that make it easier to load up multiple apps/functions at once.

Obviously, the hope is that a new feature-rich OS upgrade won’t be bogged down by the weight of its new additions and enhancements. Luckily, Microsoft seems to be keeping performance in mind, as evidenced by a few key details from the presentation.

For example, Windows updates will be approximately 40% smaller than they are currently and take place in the background, so there’s less room for interruption. You can expect general performance enhancements across the board, too, including with web browsers (not just Edge).

You might have become intimately familiar with Microsoft Teams during the pandemic, but if not, it’s essentially Microsoft’s hybrid version of Zoom and Slack for workplaces and communication. And in Windows 11, it’s no longer just an app, but rather an integrated part of the OS.

Teams had some 145 million daily active users as of April, so even if you haven’t used it, Teams is a big deal. It will be prominently featured within the interface and it’ll be easier to start new Teams sessions. Skype might be the big loser in all of this as Teams takes more prominence within Windows.

4) It will run Android apps

Here’s a nice surprise: Windows 11 will be able to run Android apps on your PC, much like Chromebooks are able to handle the same feat. In this case, however, Windows will rely on Amazon’s Appstore rather than Google’s own official Play Store.

Still, there are loads of popular apps within Amazon’s version. This will make it easy to access popular mobile apps like TikTok and mobile games, as well, which you can snap into a corner of your screen while you pretend to be productive elsewhere.

Microsoft will also enhance the PC gaming experience in Windows 11, bringing over some of the enhancements seen on the new Xbox consoles while also better integrating Xbox Game Pass and other features.

The Auto HDR function from the new Xbox Series X and Series S has come over to PC, automatically enhancing games for those with HDR-compatible monitors. Windows 11 will also support DirectStorage for users with NVMe SSD drives, enabling much faster loading times in supported games.

The Windows Store has been kind of a mess in recent years, with Microsoft gatekeeping the kinds of apps allowed within the native storefront. No more: Windows 11 will open things up for all kinds of apps, even if they’re not Universal Windows apps.

That means that apps like Adobe’s Creative Cloud will finally be available through the native Microsoft Store, and there’s another twist: app makers can use their own in-app monetisation systems and keep 100% of the revenue. It’s a shot across the bow towards Apple and Google, both of which take a cut of app store purchases and have been battling with Epic Games over its attempts to break that system with Fortnite. Apps that utilise Microsoft’s payments system will still pay a cut, but at least there’s a choice with Windows 11.

This isn’t really a feature, but it’s important to note: Windows 11 will be a free upgrade for Windows 10 users. If you’re already running Windows 10 on your device, then you’ll get a free upgrade through Windows Update when it’s available.

There’s no exact release date yet for Windows 11, but Microsoft says it will be available for the year-end holiday season. Official test builds will start going out to Windows Insider members starting next week. Here’s a look at the system requirements for Windows 11, in case you’re curious.

Cristiano Ronaldo statue kicks up a fuss in India's Goa

Have a Nursing Home Abuse Claim? Here's What to Do First

Xiaomi when will you stop copying Apple’s UI?