Windows has pretty much established a Windows Release program that consists of the release of many previews ahead of stable releases. Apparently, Windows 11 upcoming version is about to reach a new level of stability. The company has rolled out a new Windows 11 Insider Preview, that hits an important milestone. The company has removed the watermark that identifies the build as a preview. The update is Windows 11 build 22610, but you’ll need to go to the settings to find that. No more intrusive labels on your Desktop.

Removing the watermark is a common behavior for each of Windows’ release cycles. It basically means that the particular update is almost finished. However, don’t hold your breath for the final release just yet. After all, the company won’t unleash its Windows 11 22H2 update before October. However, this means that users in the Beta Channel will start to see cumulative updates instead of full builds. Therefore, the “heavy work” may be finished soon, and the company will roll out small patches to reach total stability.

Now that the update is reaching stability, we may start to see some new features across the OS. The company has recently announced the arrival of a new File Explorer that finally brings Tabs. We may see this coming in a future update now. Furthermore, there is a Live Captions feature that will transcribe audio no matter the source. There will also be folders in the Start Menu, Touch support for Snap Layouts, and more features. Some of these features are available in the Dev channel, but the company never explicitly revealed when exactly they will reach the stable channel. Now, we can finally see these features reaching future Preview builds.

Worth noting, that the watermark will eventually return. However, at least for this development cycle, we won’t see it coming back. The Windows 11 build 22610 comes with new features, and also removes others. The tablet-optimized taskbar was removed after feedback. We assume that something else will take its place in the near future. 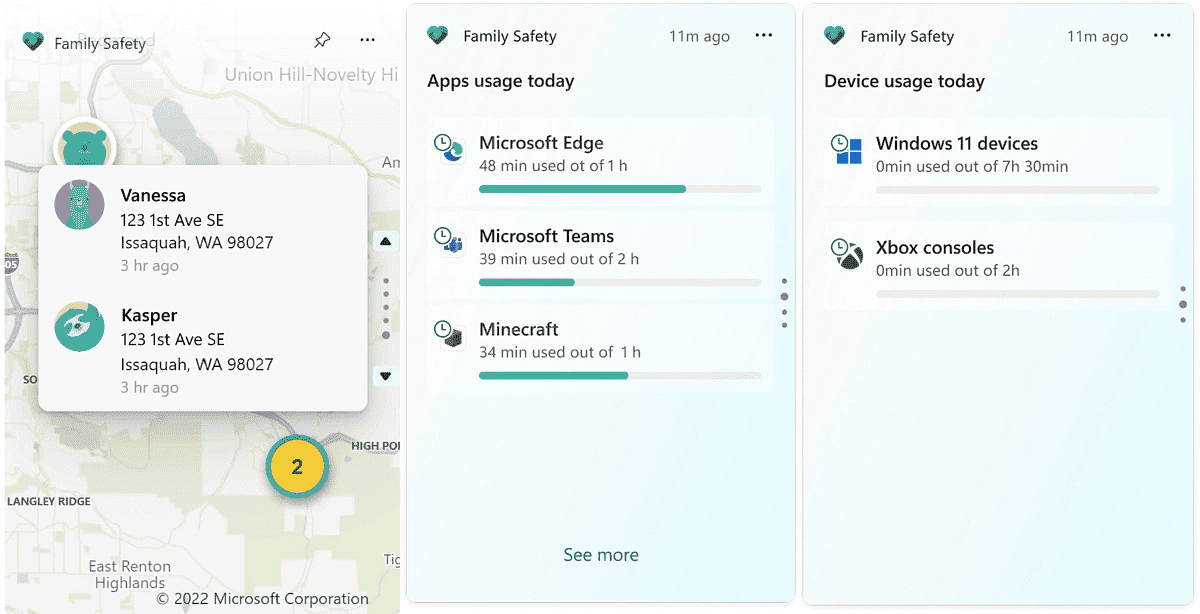 The update also includes a new Family Safety Widget. It includes a new location sharing view, that allows you to monitor the location of your family members. There are also several fixes for previous builds.

According to Microsoft, this is the last chance to switch from the Developer to the Beta channel. Therefore, the Dev channel will return to pre-release builds at some point. The Beta channel, on the other hand, will keep getting cumulative updates. If you install a higher number, you’ll need to re-install Windows 11 from scratch.

While the update does not come, you can try your best to master Windows 11 settings with the God Mode.  Windows 11 is yet to be considered a success for Microsoft, after all, the OS is below the company’s expectations with low popularity. However, this isn’t a big surprise when the OS isn’t as compatible as Windows 10.